Advance could lead to more powerful wearable electronics and other devices 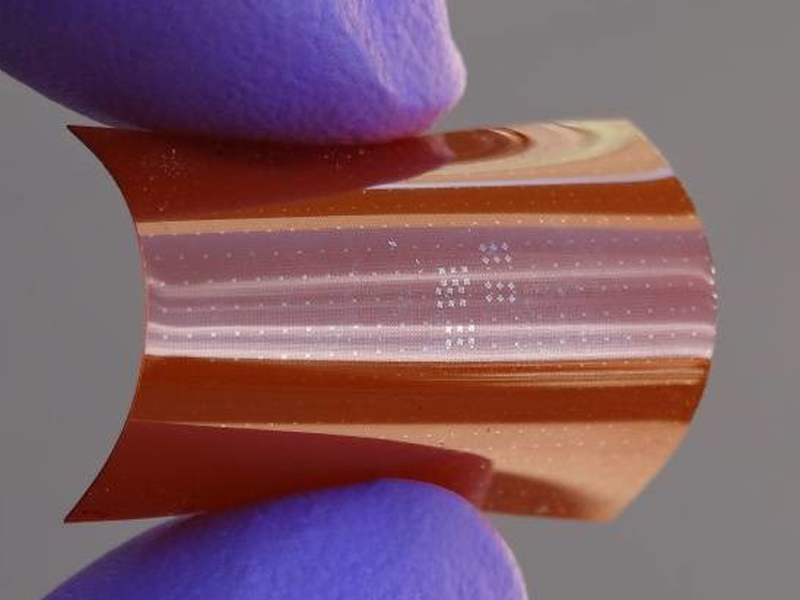 With their special electronic and optical properties, nanomaterials such as graphene and molybdenum sulfide have created excitement among scientists for their potential to revolutionize transistors and circuits.

Research is underway that could vastly increase the efficiency and capabilities of the two-dimensional layered semiconductors used in high-speed, flexible electronic devices. But graphene’s structure lacks a feature called a band gap, which allows current through the material to be turned on and off. Unlike graphene, molybdenum sulfide has a band gap and can function as an atomically thin semiconductor and allow atomically thin transistors with high on-off ratios and high voltage gain.

Now, a team of researchers led by Xiangfeng Duan at UCLA’s California NanoSystems Institutehave fabricated field effect transistors made from molybdenum sulfide that demonstrated the best performance to date in a transistor of this type. In the near future, their invention could mean vastly more powerful and sensitive fitness and health trackers, smartphones, computer-interface eyewear and other wearable applications.

The paper was recently published in the journal Nature Communications; UCLA graduate student Rui Cheng was the study’s first author.

The scientists found that electronic devices such as logic inverters or radio frequency amplifiers can be formed by integrating multiple molybdenum sulfide transistors on quartz or flexible plastic substrates with voltage gain in the gigahertz regime. The transistors they produced had a cut-off frequency of up to 42 gigahertz and a maximum oscillation frequency up to 50 gigahertz. Existing transistors have achieved readings of 0.9 gigahertz and 1 gigahertz, respectively.

“Besides the significant increases in intrinsic performance of the transistors, the layered semiconductor molybdenum sulfide represents a highly flexible atomically thin membrane,” said Duan, who is also an associate professor of chemistry and biochemistry in the UCLA College. “And it can be used to make flexible or stretchable circuitry that could be of great importance for wearable electronics of all kinds.”