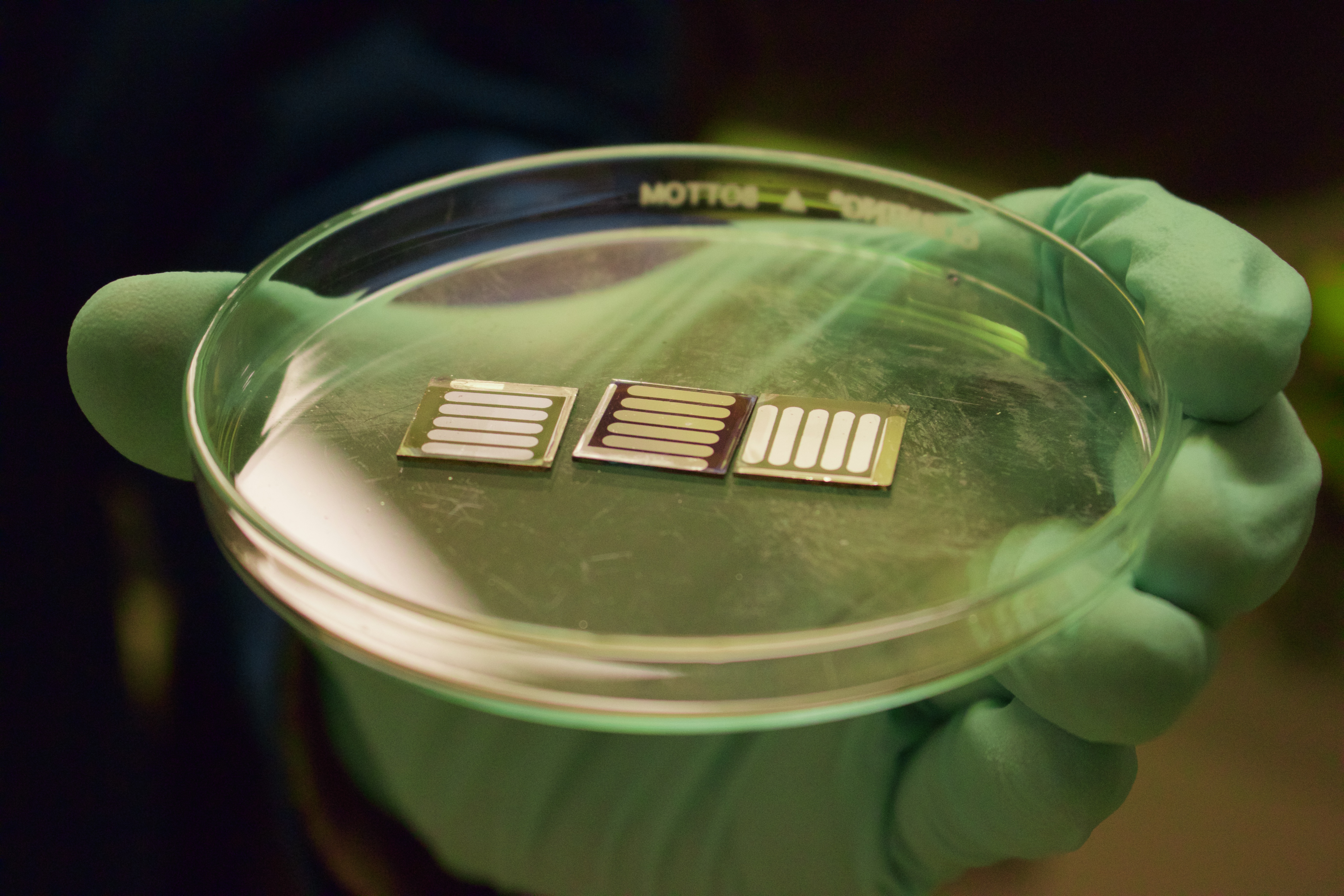 UCLA professor Yang Yang, member of the California NanoSystems Institute, is a world-renowned innovator of solar cell technology whose team in recent years has developed next-generation solar cells constructed of perovskite, which has remarkable efficiency converting sunlight to electricity.

Despite this success, the delicate nature of perovskite — a very light, flexible, organic-inorganic hybrid material — stalled further development toward its commercialized use. When exposed to air, perovskite cells broke down and disintegrated within a few hours to few days. The cells deteriorated even faster when also exposed to moisture, mainly due to the hydroscopic nature of the perovskite.

Now Yang’s team has conquered the primary difficulty of perovskite by protecting it between two layers of metal oxide. This is a significant advance toward stabilizing perovskite solar cells.

Their new cell construction extends the cell’s effective life in air by more than 10 times, with only a marginal loss of efficiency converting sunlight to electricity.

The study was published online Oct. 12 in the journal Nature Nanotechnology. Postdoctoral scholar Jingbi You and graduate student Lei Meng from the Yang Lab were the lead authors on the paper.

Yang, who holds the Carol and Lawrence E. Tannas, Jr., Endowed Chair in Engineering at UCLA, said there are several factors that lead to quick deterioration in normally layered perovskite solar cells. The most significant, Yang said, was that the widely used top organic buffer layer has poor stability and can’t effectively protect the perovskite layer from moisture in the air, speeding cell degradation.  The buffer layers are important to cell construction because electricity generated by the cell is extracted through them.

Meng said that in this study the team replaced those organic layers with metal oxide layers that sandwich the perovskite layer, protecting it from moisture. The difference was dramatic. The metal oxide cells lasted 60 days in open-air storage at room temperature, retaining 90 percent of their original solar conversion efficiency. “With this technique perfected we have significantly enhanced the stability.”

The next step for the Yang team is to make the metal oxide layers more condensed for better efficiency and seal the solar cell for even longer life with no loss of efficiency. Yang expects that this process can be scaled up to large production now that the main perovskite problem has been solved.

This research is a joint project with National Cheng Kung University in Taiwan. This research was supported by the National Science Foundation, the U.S. Air Force Office of Scientific Research and the Ministry of Science and Technology in Taiwan.