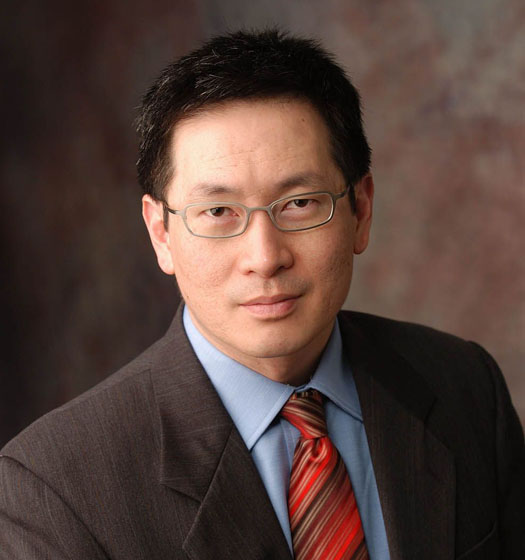 Gerard Wong, UCLA professor of bioengineering, chemistry and biochemistry, has been elected a fellow of the American Academy of Microbiology in recognition of scientific achievement and original contributions advancing microbiology. Election to the academy is made through a highly selective peer-review process and honors scientists with exemplary careers in basic and applied research, teaching, clinical and public health, industry or government service.

“My case is unusual since I am trained as a physicist and not a microbiologist,” said Wong, who is also a fellow of the American Physical Society and a member of the California NanoSystems Institute at UCLA. “I am grateful that microbiologists have welcomed me in this congenial way; this is not always the case when one strays into someone else’s field.”

Wong’s interest in microbiology has grown from a small project he did as an undergraduate at Caltech to a major effort in his UCLA research lab to investigate a biological phenomenon known as “bacterial biofilms.” His research team adapts state-of-the-art tools from physics and chemistry for application in microbiology.

Bacteria exist in one of two different physiological states — the typical free-swimming “planktonic” state most people envision bacteria as, and a highly-organized, surface-attached “biofilm” state that functions via social and microbiological concepts. Most bacteria exist in the form of biofilm communities, some of them harmful to humans and others helpful. Harmful biofilms in the tissues of human airways can lead to cystic fibrosis, for example, and infectious biofilms can form on implanted biomedical devices. Among beneficial biofilms are those that make their home in the human gut to help us digest vegetables, and biofilms that are used to help clean up oil spills in the ocean.

“A lot of our work in the last six years has been trying to understand what early-stage biofilms communities do,” said Wong. “These communities operate by many principles that we do not usually associate with bacteria, such as multilingual communication, insurance and cheating.” In 2013, he and his colleagues published a study that showed how bacterial communities can behave like capitalist economies and organize into microcolonies via a “rich get richer” principle.