Promising advance could lead to laptop computers that fully charge in minutes, last for hours 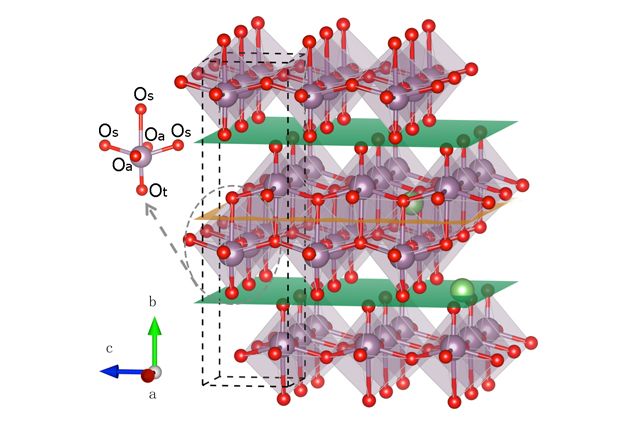 This altered crystal structure of molybdenum trioxide opened up atomic “lanes” for more energy-carrying ions and electrons to travel through the material at higher rates.

A UCLA research team has made a major advance toward developing oxide supercapacitors, energy-storage devices that would combine the longevity of a battery with the fast-charge times and high-power property of capacitors.

To resolve the trade-off between batteries, which last longer, and capacitors, which charge faster and hold more power, the researchers altered the atomic structure of a long-lasting energy storage material, opening up atomic “lanes” for more energy-carrying ions and electrons to travel through the material at higher rates.

“Our group is looking to combine the large energy density of batteries and the fast charging times and high-power capabilities of capacitors into one energy-storage device,” said Bruce Dunn, UCLA materials science and engineering professor and holder of the Nippon Sheet Glass Company Chair. “This new materials approach shows a very promising path forward toward such a device.”

There are two main types of electrochemical energy-storage devices: batteries and capacitors. Batteries, like the lithium ion ones common in laptops, cell phones and consumer electronics, have a large energy density, meaning they can deliver stored energy for a relatively long time. However, batteries take several hours to fully charge.

Capacitors, on the other hand, can provide much more power than batteries and take dramatically less time to fully charge — about a minute. However the energy density of capacitors is much lower than batteries. In other words, they don’t last very long because they do not store much energy.

Dunn, together with UCLA colleagues Vidvuds Ozolins, professor of materials science and engineering in the UCLA Henry Samueli School of Engineering and Applied Science, and Sarah Tolbert, professor of chemistry and biochemistry, modified the structure of molybdenum trioxide, a material which already has a large energy density. The altered structure allowed for the faster movement of ions and electrons, which carry electrical energy into and out of the material. In other words, the material already provides power for an extended time, but now it can also be charged in minutes.

“We improved its power capabilities by selectively removing some of the oxygen through materials processing,” Tolbert said. “At the atomic level, the gaps where the oxygen atoms once were provide space for ions and pathways for electrons to move more quickly through the structure. So in total, we have created a material that keeps its high energy density and provides greater power with faster charging times thanks to the small changes we made to the structure to allow fast transport of ions and electrons.”

The research into oxide supercapacitors was published in Nature Materials. The lead author was Hyung-Seok Kim, a recent doctoral graduate advised by Dunn. Other authors include recent doctoral graduates John Cook and Jesse Ko and master’s degree graduate Hao Lin. Dunn, Ozolins and Tolbert are all faculty members of the California NanoSystems Institute.

The research was supported through the Center for Molecularly Engineered Materials, an Energy Frontier Research Center funded by the U.S. Department of Energy Office of Science. Ozolins was the center’s director. Additional resources for the research were provided by the National Energy Research Scientific Computer Center, other Department of Energy programs, the National Science Foundation and the Office of Naval Research.