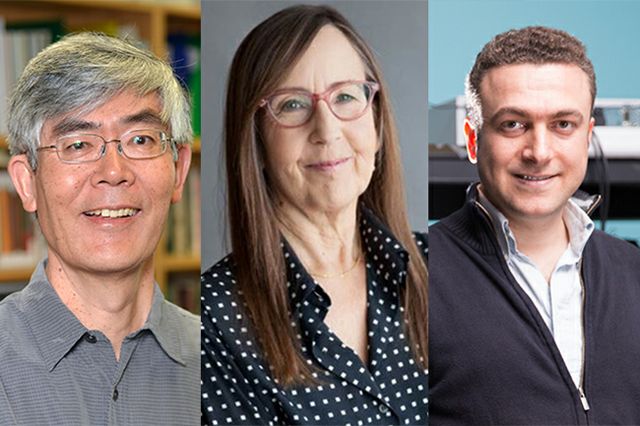 One of the nation’s leading immigration law experts, an award-winning writer and an electrical engineer who has pioneered turning smartphones into laboratory-quality detectors have been selected as recipients of 2017 Guggenheim Fellowships.

This year the John Simon Guggenheim Memorial Foundation awarded 173 Guggenheim Fellowships to a diverse array of scholars, artists and scientists. Appointed on the basis of prior achievement and exceptional promise, the successful candidates were chosen from a group of almost 3,000 applicants in the foundation’s 93rd competition.

The recipients from UCLA are:

Hiroshi Motomura, the Susan Westerberg Prager Professor of Law in the UCLA School of Law. Motomura, is the author of two books: “Americans in Waiting: The Lost Story of Immigration and Citizenship in the United States” (Oxford, 2006) and “Immigration Outside the Law” (Oxford, 2014), both of which won the Professional and Scholarly Publishing Award from the Association of American Publishers as the best books on legal studies in their respective years of publication.

For his Guggenheim Fellowship, Motomura will work on a new book examining immigration policy matters. Topics will include whether immigrants’ rights are best understood as a matter of civil rights or human rights; the impact of economic inequality on immigration policy; and the implications of policies that offer immigrants no path to citizenship.

Michelle Huneven, lecturer in the UCLA English department and an award-winning writer currently teaching creative writing to undergrads. Huneven is the author of four critically acclaimed works of fiction. Her first two books “Round Rock” (1997) and “Jamesland” (2003) were named New York Times Notable Books and were finalists for the L.A. Times Book Award. Her third book, “Blame” (2009), was a finalist for the National Book Critics Circle Award and the L.A. Times Book Award. Her most-recent novel “Off Course,” released in 2014 was a New York Times Editor’s Choice. Huneven has also taught at the Iowa Writers Workshop, and served as a senior fiction editor at the Los Angeles Review of Books.

Huneven will use the Fellowship grant to finish a novel currently in progress.

Ozcan is also an HHMI Professor with the Howard Hughes Medical Institute, supervising more than 40 UCLA undergraduate researchers each year. Among his numerous honors, Ozcan received a Presidential Early Career Award for Scientists and Engineers in 2011, the U.S. government’s highest award for researchers at the outset of their careers.

His Guggenheim project is titled “Extreme-throughput computational imaging and sensing of viruses.”

Since its establishment in 1925, the Guggenheim Foundation has granted more than $350 million in fellowships to more than 18,000 people. In a statement about the 2017 fellows, Edward Hirsch, president of the Guggenheim Foundation, said: “These artists and writers, scholars and scientists, represent the best of the best. It’s an honor to be able to support these individuals to do the work they were meant to do.”