Developed by UCLA Engineering researchers, system is ‘like a motion detector for the microscopic world’ 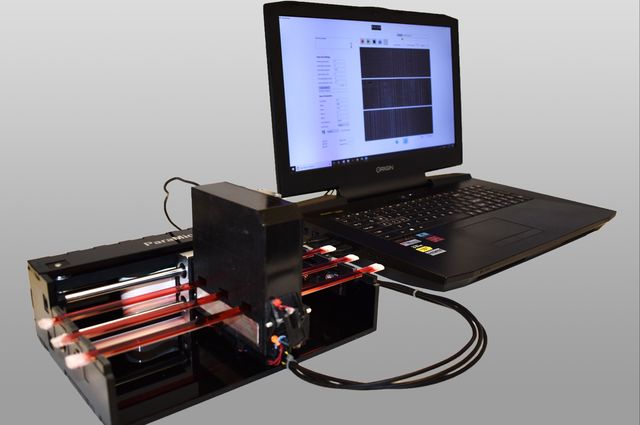 The device developed at UCLA Engineering can analyze more than 3 milliliters of fluid in 20 minutes, much faster than traditional imaging allows. (Image courtesy: Ozcan Lab/UCLA)

SScientists typically diagnose parasitic infections by scanning bodily fluid samples with optical microscopes. But that conventional approach sometimes doesn’t work — for example, if the concentration of parasites in the sample is too low, or if the microscope’s imaging capabilities lack the sensitivity to detect disease early on.

In addition, since a small drop of blood can contain billions of blood cells, identifying parasites in a sample is like finding a needle in a haystack.

To overcome these obstacles, UCLA Samueli School of Engineering researchers have developed a device that automatically detects moving parasites within a sample, enabling infections to be identified earlier than they often would be with microscopes.

The device can analyze more than 3 milliliters of fluid in 20 minutes — much faster than traditional imaging. And it is capable of detecting 10 parasites per milliliter of whole blood, a quantity about five times greater than current methods can detect.

The development of the device was led by Aydogan Ozcan, UCLA Chancellor’s Professor of Electrical and Computer Engineering and the associate director of the California NanoSystems Institute at UCLA, along with Kent Hill, a UCLA professor of microbiology, immunology and molecular genetics. Their research is described in a paper published in Light: Science & Applications.

The device illuminates a sample with laser light and records high-frame-rate videos of the holographic patterns generated by the fluid. Then, a motion analysis algorithm converts the locomotion of the target parasites into a visual signal, which enables the device to detect and count the number of parasites using artificial intelligence.

“The platform is like a motion detector for the microscopic world because of its ability to lock onto any moving objects in a fluid sample,” said Yibo Zhang, a UCLA doctoral student and the study’s first author. “Locomotion is used as both a biomarker and a contrast mechanism to distinguish parasites from normal cells.” 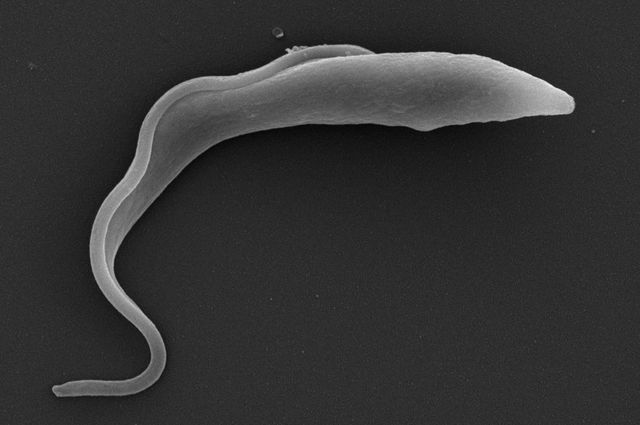 The engineers tested the technology to identify a blood-borne parasite called Trypanosoma, which causes sleeping sickness and Chagas disease; and Trichomonas vaginalis, which causes a sexually transmitted disease, trichomoniasis.

“Due to its high sensitivity, ease of use, low cost and portability, our device can improve parasite screening efforts, especially in resource-poor areas and regions where infections are endemic,” said Hatice Ceylan Koydemir, a UCLA postdoctoral scholar and co-author of the study.

The device is compact and weighs less than 4 pounds. Ozcan said the cost to build the prototype was less than $1,850, but that it could be manufactured for less than $800 in larger volumes.

“Although motility is a common feature of various parasites and other disease-causing microorganisms, its use as a fingerprint for diagnosis is highly underexplored,” Ozcan said. “Our research provides unique results that highlight this opportunity.”

The study was supported by the Precise Advanced Technologies and Health Systems for Underserved Populations, or PATHS-UP, a National Science Foundation Engineering Research Center of which UCLA is a member; and by the National Institutes of Health and the Howard Hughes Medical Institute.