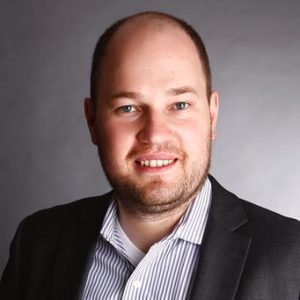 Alexander Spokoyny, a UCLA assistant professor of chemistry and biochemistry and member of the California NanoSystems Institute, has received a Faculty Early Career Development award from the National Science Foundation. The award is the organization’s most prestigious honor for junior faculty who exemplify the role of teacher-scholars through research, education and the integration of both.

Spokoyny’s research has the potential to lead to the next generation of television screens, mobile phone displays and solid-state lighting sources. In this project, he and his UCLA chemistry and biochemistry colleagues are developing new luminescent transition metal-based complexes featuring boron cluster building blocks for use in luminescent lighting applications. The goal of this research is to use these unique boron cluster-based scaffolds to create stable and efficient deep blue emitters for use in organic light emitting diode devices, potentially resulting new, improved television screens and other products and applications.

The project will educate and train scientists at all levels, and will include experimental summer camp science outreach activities for K-12 public school students. Educational outreach to incarcerated students in Southern California as a part of the UCLA Prison Education project will also be a part of the project.

Spokoyny was among 24 early-career scientists nationally to be selected as a 2018 Cottrell Scholar. He was also awarded a 2017 research fellowship from the Alfred P. Sloan Foundation, presented to early-career scientists and scholars who are the “rising stars of the academic community” and who are “transforming their fields and opening up entirely new research horizons,” said Paul Joskow, former