Technique could allow cells to be extracted in real time, help prevent cancer from spreading. 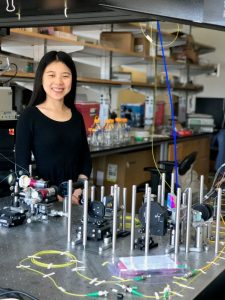 Researchers at UCLA and NantWorks have developed an artificial intelligence-powered device that detects cancer cells in a few milliseconds — hundreds of times faster than previous methods. With that speed, the invention could make it possible to extract cancer cells from blood immediately after they are detected, which could in turn help prevent the disease from spreading in the body.

A paper about the advance was published in the journal Nature Scientific Reports.

Photonic time stretch is an ultrafast measurement technology that was invented at UCLA. Photonic time stretch instruments use ultrashort laser bursts to capture trillions of data points per second, more than 1,000 times faster than today’s fastest microprocessors. The technology has helped scientists discover rare phenomena in laser physics and invent new types of biomedical instruments for 3D microscopy, spectroscopy and other applications.

“Because of the extreme volume of precious data they generate, time-stretch instruments and deep learning are a match made in heaven,” said senior author Bahram Jalali, a UCLA professor of electrical and computer engineering at the UCLA Samueli School of Engineering and a member of the California NanoSystems Institute at UCLA.

one at a time as they flow through a carrier fluid. Although there are already techniques for categorizing cells in imaging flow cytometry, those techniques’ processing steps occur so slowly that devices don’t have time to physically separate cells from one another. 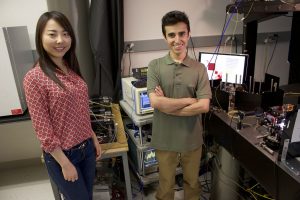 Building on their previous work, Jalali and his colleagues developed a deep learning pipeline which solves that problem by operating directly on the laser signals that are part of the imaging flow cytometry process, which eliminates the time-intensive processing steps of other techniques.

“We optimized the design of the deep neural network to handle the large amounts of data created by our time-stretch imaging flow cytometer — upgrading the performance of both the software and instrument,” said Yueqin Li, a visiting doctoral student and the paper’s  first author.

Ata Mahjoubfar, a UCLA postdoctoral researcher and a co-author of the paper, said the technique allows the instrument to determine whether a cell is cancerous virtually instantaneously.

“We don’t need to extract biophysical parameters of the cells anymore,” he said. “Instead, deep neural networks analyze the raw data itself extremely quickly.”

The code for the neural network was developed using an advanced graphics processing unit donated by NVidia. Other contributors to the study were Kayvan Reza Niazi of NantWorks and Claire Lifan Chen, a former UCLA doctoral student. NantWorks is a Culver City, California-based company. 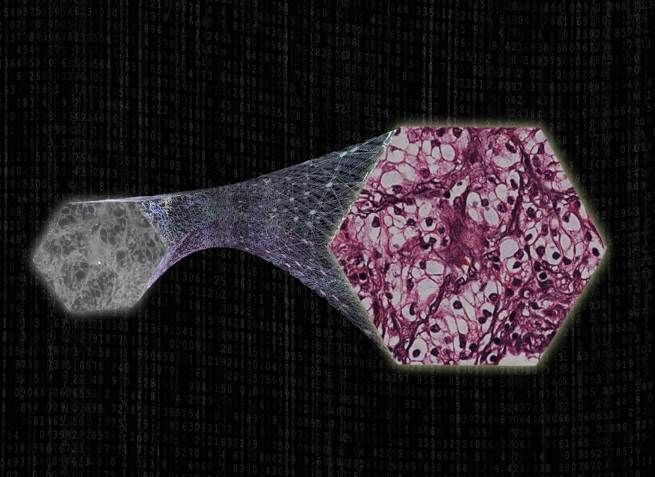