September 11, 2019 | Ali Khademhosseini elected as Fellow of the Royal Society of Canada 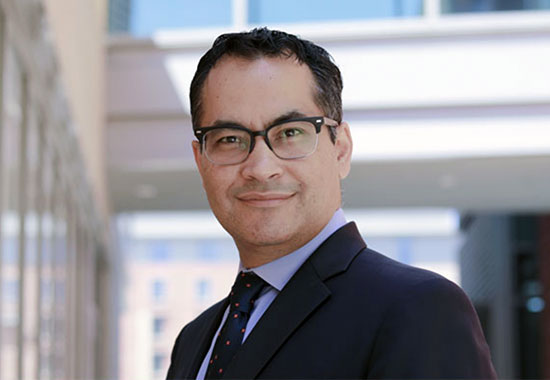 This article was originaly published by UCLA Samueli Newsroom

Ali Khademhosseini, UCLA’s Levi James Knight, Jr. Professor of Engineering, has been elected as a Fellow of the Royal Society of Canada (RSC), the country’s highest honor for achievement in the arts, social sciences and sciences.

Khademhosseini was one of 93 new Fellows in the Academies of Arts and Humanities, Social Sciences, and Science have been elected by their peers.

His citation for the honor reads: “For global leadership in tissue engineering and biomaterials research. Particularly for pioneering contributions to the development and understanding of micro- and nanoengineered hydrogels for making artificial tissues, surgical materials, and disease models. His contributions have formed the foundations of fields such as organs-on-a-chip systems and three-dimensional bioprinting. In addition, his engineered materials are transformational as surgical sealants and embolic agents.”

Khademhosseini holds faculty appointments in bioengineering and chemical and biomolecular engineering in the Samueli School of Engineering, and radiology in the Geffen School of Medicine. He is the founding director of Center for Minimally Invasive Therapeutics and a member of California NanoSystems Institute.

He has received more than 60 national and international honors for his work in applying bioengineering techniques to applications precision medicine, including the Presidential Early Career Award for Scientists and Engineers, the U.S. government’s highest honor for researchers in the early stages of their career. He is a fellow of the Canadian Academy of Engineering, American Institute of Medical and Biological Engineering; International Academy of Medical and Biological Engineering; Biomedical Engineering Society; Royal Society of Chemistry; Biomaterials Science and Engineering; Materials Research Society; and the American Association for the Advancement of Science.

Founded in 1882, the Royal Society of Canada comprises the Academies of Arts, Humanities and Sciences, and the College of New Scholars, Artists and Scientists. The organization recognizes excellence, advises the government and the larger society, and promotes a culture of knowledge and innovation in Canada and with other national academies around the world.

New fellows will be officially honored in November at the society’s Celebration of Excellence and Engagement, to be held in Ottawa.