by National Institutes of Health 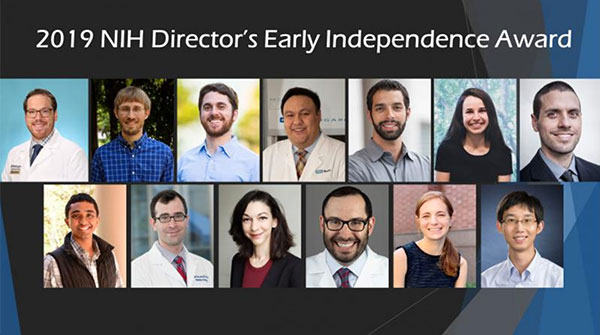 This article was originaly published by the National Institutes of Health.

The National Institutes of Health awarded 93 grants through its High-Risk, High-Reward Research Program that will fund highly innovative biomedical or behavioral research proposed by extraordinarily creative scientists. Examples of supported research include exploring how the brain maximizes storage capacity, developing a new approach to treating bacterial infections without the use of antibiotics, understanding the genetic rules that allow one cell type to convert to another, and uncovering a novel potent method for treating adolescent depression. The 93 awards total approximately $267 million over five years, pending available funds.

The High-Risk, High-Reward Research program catalyzes scientific discovery by supporting highly innovative research proposals that, due to their inherent risk, may struggle in the traditional peer review process despite their transformative potential. Program applicants are encouraged to think outside-the-box and to pursue trailblazing ideas in any area of research relevant to the NIH mission.

“Each year, I look forward to seeing the creative approaches these researchers take to solve tough problems in biomedical and behavioral research,” said NIH Director Francis S. Collins, M.D., Ph.D. “I am confident the 2019 cohort of awardees has the potential to advance our mission of enhancing health through their groundbreaking studies.”

The High-Risk, High-Reward Research Program is part of the NIH Common Fund, which oversees programs that pursue major opportunities and gaps throughout the research enterprise that are of great importance to NIH and require collaboration across the agency to succeed. The High-Risk, High-Reward Research program manages the following four awards, including two awards aimed specifically to support researchers in the early stages of their careers:

About the NIH Common Fund: The NIH Common Fund encourages collaboration and supports a series of exceptionally high-impact, trans-NIH programs. Common Fund programs are managed by the Office of Strategic Coordination in the Division of Program Coordination, Planning, and Strategic Initiatives in the NIH Office of the Director in partnership with the NIH Institutes, Centers, and Offices. More information is available at the Common Fund website: https://commonfund.nih.gov.

About the National Institutes of Health (NIH): NIH, the nation’s medical research agency, includes 27 Institutes and Centers and is a component of the U.S. Department of Health and Human Services. NIH is the primary federal agency conducting and supporting basic, clinical, and translational medical research, and is investigating the causes, treatments, and cures for both common and rare diseases. For more information about NIH and its programs, visit www.nih.gov.