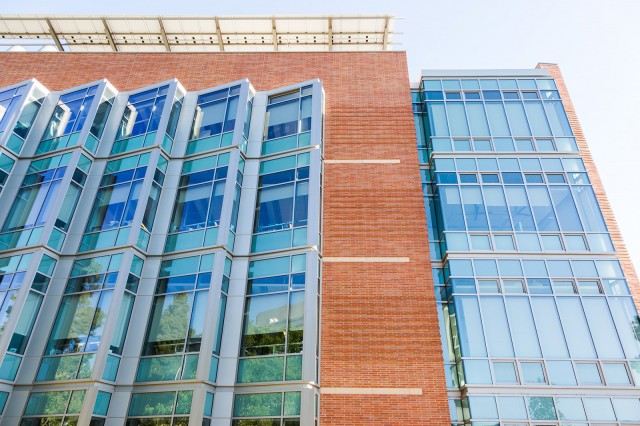 A research team led by Aydogan Ozcan, a UCLA professor who specializes in physical and wave electronics, developed a prototype of a device that measures and
detects rare cells in blood. Not only is the new device more efficient, it costs tens of thousands of dollars less than those commonly available. (Daily Bruin file photo)

A UCLA-led team has made detecting rare cells in blood cheaper and faster.

A research team led by Aydogan Ozcan, a UCLA professor who specializes in physical and wave electronics, developed a new prototype version of a cytometer, a device that measures and detects rare cells in blood. Not only is the new device more efficient, it costs tens of thousands of dollars less than cytometers commercially available, Ozcan said.

Rare cells, such as circulating tumor cells like those targeted in the study, are difficult to detect because there are billions of cells in one milliliter of human blood, while rare cells typically have concentrations of fewer than a thousand per millimeter. The detection of rare cells helps with diagnosing and monitoring diseases and evaluating immune responses.

UCLA’s prototype is significantly cheaper than other options. While a commercially available cytometer capable of detecting rare cells in the blood can cost around tens of thousands of dollars, the estimated cost of the prototype is only about $750 according to an article published in Light: Science & Applications, a Nature journal.

“This is only a research prototype,” Ozcan said. “The price can be further reduced if you benefit from economy of scale.”

Researchers marked the rare cells with magnetic particles to control the motion of the cells with external magnetic fields.

“The novelty in our work is that after the magnetic labeling, we generate motions of cells and use a lensless speckle imager to record and detect them,” said Yibo Zhang, the study’s lead author and a recently graduated doctoral student who studied electrical and computer engineering.

Most of the improvement comes from combining magnetic labeling, an established method in cytometry, with lensless speckle imaging, in which images are stacked together to record time variation and deep learning, which is machine learning by neural networks, Zhang said.

Ozcan likened the control of the rare cells’ motion to finding someone in a swarm of people by asking them to wave.

“When you try to find someone in a crowd, you ask them to wave for you,” Ozcan said.

The device uses an image sensor common to cellphones to record specific movements of rare cells.

Instead of the conventional fluorescent marking and microscope scanning, the image sensor records the motion patterns of the targeted cells, which greatly improves the screening volume per snapshot of the video.

The device needs a few seconds to record the motions of all objects per screened portion of the sample. Tairan Liu, a graduate student in electrical and computer engineering and co-author of the article in LSA, said the video needs to be carefully preprocessed to select motions of objects moving under the manipulation magnetic field.

“The other cells may be waving, but they wave differently,” Ozcan said.

A deep learning program for video classification, which prioritizes false positives to ensure high accuracy of detection, is trained to identify target cells by their motion pattern. Ozcan said although the device may miss some target cells, it is sensitive enough to report the presence of rare cells in blood effectively and with confidence.

By changing the magnetic marker, the prototype can potentially detect various types of rare cells within blood samples or various pathogens within urine samples, Ozcan added.

Additionally, the prototype weighs around 2.1 kilograms, much less than other cytometers, according to the article LSA. Ozcan said the device is ideal for field tests and could eventually be used in environmental monitoring, such as detecting toxic algae in drinking waters or plastic pollutants in oceans.