Professor Hosea Nelson has been named as a recipient of the prestigious 2020 Eli Lilly Grantee Award for Organic Chemistry. 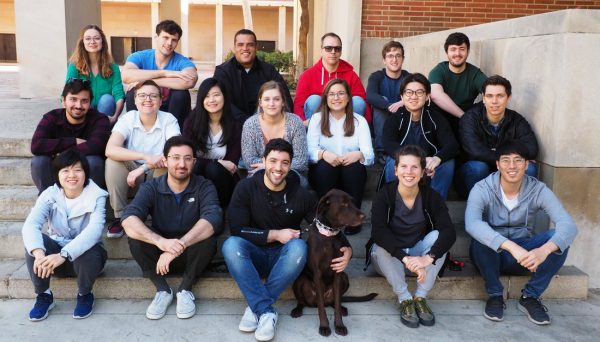 The Nelson Group at UCLA

The Eli Lilly Grantee program was established in 1965 to support emerging young leaders in organic chemistry and is the longest running grant program in the pharmaceutical industry. The award comes with a two-year, $100,000 unrestricted research grant. As part of the award, Nelson will give a lecture at a future Biennial Lilly Grantee Symposium.

An assistant professor of chemistry and biochemistry, Nelson received his bachelor’s degree in chemistry from University of California at Berkeley in 2004 and his Ph.D. from the California Institute of Technology in 2013. After postdoctoral training at University of California at Berkeley, Nelson joined the UCLA faculty in 2015. He was awarded a 2018 Sloan Research Fellowship, and was an inaugural member of Chemical and Engineering News magazine’s Talented 12 in recognition for his achievements as a graduate student, postdoctoral scholar and assistant professor. In 2017, Nelson was among 18 outstanding young scientists in the United States to be awarded Packard Fellowships for Science and Engineering by the David and Lucile Packard Foundation. In 2019, he was awarded the 2020 Bristol-Myers Squibb Unrestricted Grant in Synthetic Organic Chemistry and he was one of ten organic chemists to be selected for the Arthur C Cope Scholar Award by the American Chemical Society (ACS).

To learn about his research, visit the Nelson group’s website.