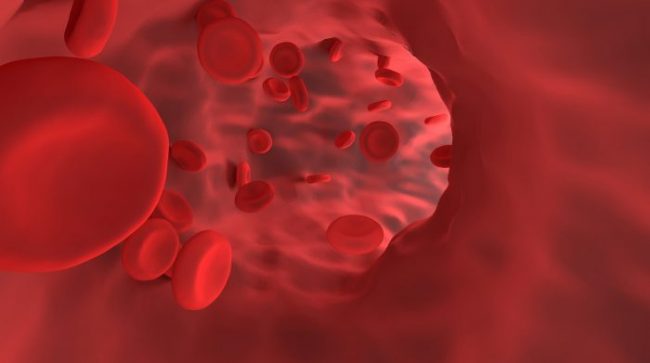 (Credit: CC0 Public Domain)
This article was originally published by Phys.org
Researchers from Helmholtz Zentrum München and the University of California, Los Angeles (UCLA), jointly developed new imaging tools to allow non-invasive imaging of distinct structures, like blood vessels, in multicolor and in real-time. The new imaging system is based on an approach widely used in other industries and allows the monitoring of multiple parameters (multiplexing)—a technical challenge which could disrupt future clinical imaging applications.
Medical imaging is a key tool for diagnosis and image-guided surgery. Imaging in mammals, however, becomes challenging when the subject is moving or awake—an important precondition for accurate monitoring. Current approaches have yet to achieve a combination of real-time imaging, multiplexing, high degree of tissue penetration, and an adequate level of resolution which permits the distinction of different types of structures e.g. nerves and blood vessels.
Looking for a better solution
The research group lead by the biochemist Oliver Bruns in Munich and chemist Ellen Sletten in Los Angeles explored the potential of shortwave infrared imaging, or SWIR imaging. This existing imaging method is commonly used in defense-related applications and astronomy but had been underexplored so far for clinical applications.
“We wanted to take advantage of the fact that the SWIR region provides superior resolution and greater tissue penetration than the near infrared region. It also offers an expanded range of wavelengths allowing for multiple channels separated enough to be detected side by side,” says Ellen Sletten, who is professor in the Department of Chemistry and Biochemistry at UCLA and shared corresponding author. “Exploring this attribute could prove critical in monitoring multiple parameters simultaneously.”
Exploring the potential of a new system
The team designed and synthesized new dyes and characterized their photophysical properties which indicated their ability for real-time multiplexed excitation in the near-infrared and SWIR regions. It then developed a new SWIR imaging configuration with three lasers and an appropriate camera and demonstrated, in vivo, that they could capture multicolor movies in real-time. On top of this, they captured images that clearly differentiate lymph vessels from veins and arteries and monitor their function. The technology is also fast enough to image in awake and moving mice.
Furthermore, the real-time feedback allowed for image-guided surgery in mice.
“The ability to differentiate multiple closely positioned tissues, such as lymph and circulatory structures and simultaneously monitor their function has implications in non-invasive diagnostics as well as in expanding technologies for fluorescence-guided surgery,” adds Emily Cosco, who conducted this study both at Helmholtz Zentrum München and at UCLA.
Currently, the group at the Helmholtz Pioneer Campus is collaborating with surgeons and physicians at Stanford as well as in Munich and Cologne to translate the new technology into clinical practice in the near future. The emphasis in these clinical collaborations is on treatment of cancer and inflammation.
Oliver Bruns, the other corresponding author who is principal investigator at the Helmholtz Pioneer Campus of Helmholtz Zentrum München, says, “Our system has the potential to disrupt medical applications. The next step is to establish how this technology can be translated from the bench to the bedside. A clear potential application is intra-operative imaging. Of course, a lot of work is required to see what is the actual operation that will benefit from SWIR but the ability to distinguish structures in multiple colors now makes this tool a potential candidate for tumor resection.”