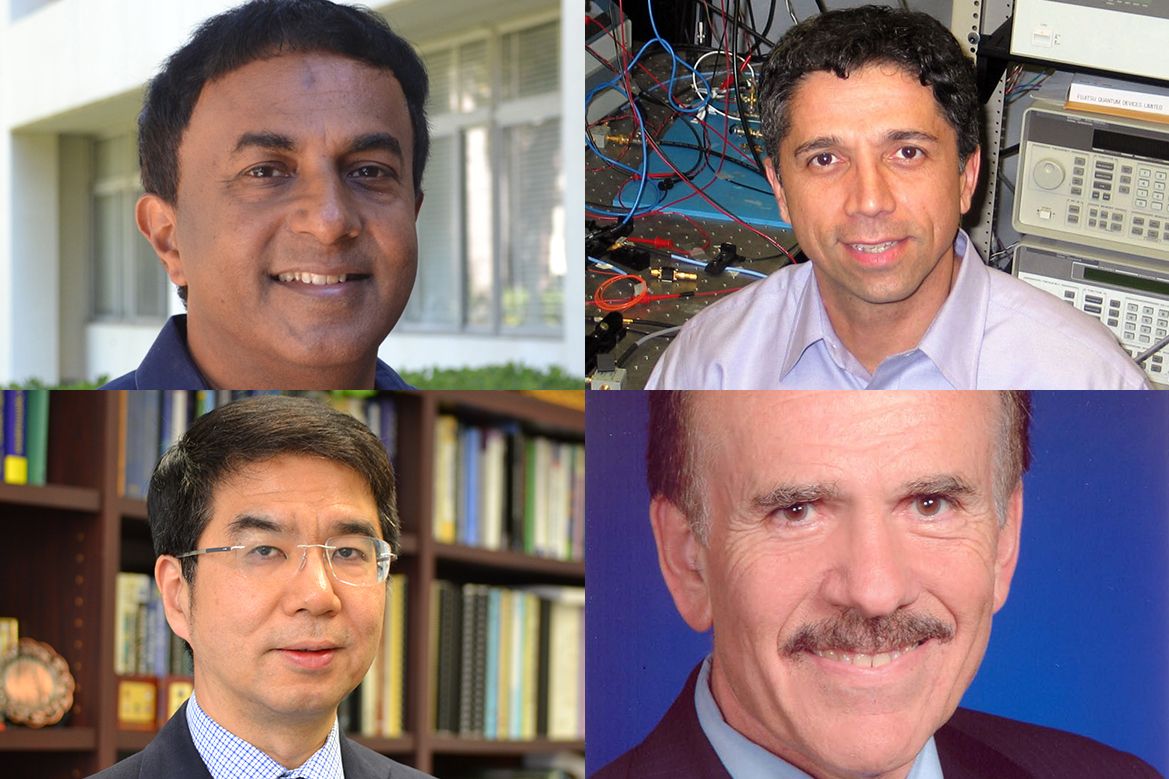 Four professors from the UCLA Samueli School of Engineering have been chosen as 2020 fellows by the National Academy of Inventors.

Election to an academy fellowship is the highest professional distinction exclusive for inventors and innovators from academic institutions. Fellow nominees must be a named inventor on patent(s) issued by the United States Patent and Trademark Office and affiliated with a university, non-profit research institute or other academic entity to qualify. Candidates are first nominated by their peers and reviewed by the academy’s fellows selection committee.

The UCLA faculty members honored this year are:

Jason Cong, UCLA’s Volgenau Professor for Engineering Excellence and a distinguished professor of computer science. A member of the National Academy of Engineering, Cong has made groundbreaking contributions to electronic design automation, energy-efficient computing and highly scalable algorithms.

Louis Ignarro, distinguished professor emeritus of medical and molecular pharmacology at the David Geffen School of Medicine at UCLA, who holds an appointment in chemical and biomolecular engineering. Ignarro received the 1998 Nobel Prize in Physiology or Medicine for his discoveries of the roles that nitric oxide plays as a signaling molecule in the cardiovascular system. His research also led to the development and marketing of sildenafil or Viagra.

Bahram Jalali, UCLA’s Fang Lu Professor of Engineering, and a distinguished professor of electrical and computer engineering. Jalali has made a number of seminal contributions to silicon photonics, nonlinear dynamics, real-time instruments and algorithms. He also holds a faculty appointment in bioengineering and is a member of the California NanoSystems Institute.

George Varghese, chancellor’s professor of computer science. His research interests include network verification and network algorithmics, which help make the internet faster, more reliable and secure. A member of the National Academy of Engineering, several algorithms he developed are now widely used in products offered by Microsoft, Cisco and Juniper.

The National Academy of Inventors is a nonprofit member organization with more than 4,000 individual members worldwide. With the election of the 2020 class, the NAI Fellow program now has 1,403 fellows across the globe, representing more than 250 universities and governmental and nonprofit research institutes. According to the academy, the fellows hold more than 42,700 issued U.S. patents, which have generated 13,000 licensed technologies, 2,300 companies, $2.2 trillion in revenue and more than 36 million jobs.

The 2020 fellows will be inducted June 8, 2021, as part of the 10th National Academy of Inventors conference in Tampa, Florida.