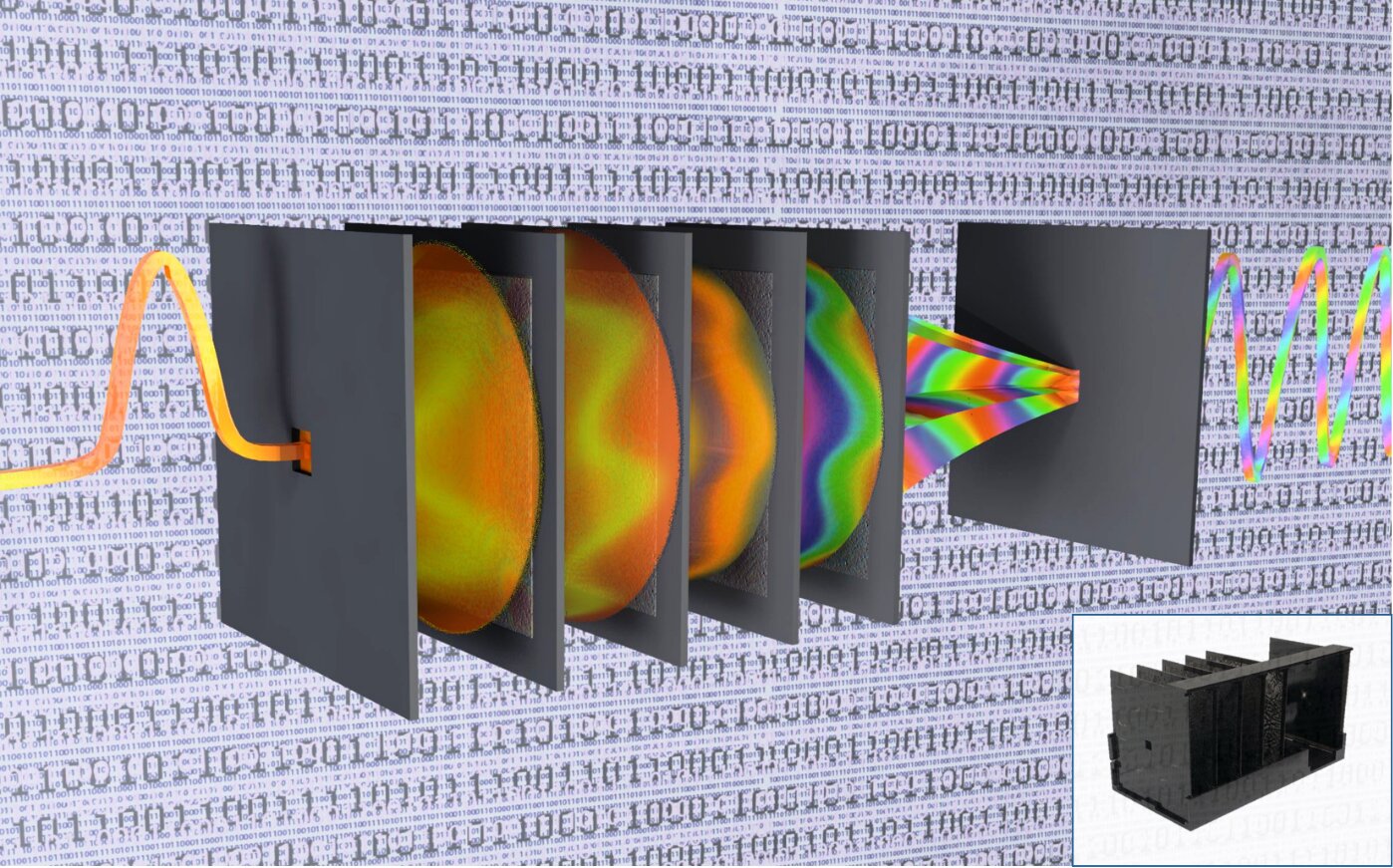 A team of UCLA engineers and researchers has developed a new method to shape light pulses by creating physical networks that are composed specially engineered layers. These layers are designed using deep learning and then fabricated using 3-D printing and stacked together, one following another, forming an optical network that is capable of performing various computational tasks using optical waves and diffraction of light. Earlier studies demonstrated all-optical classification and recognition of images using these deep learning-designed diffractive networks.

In this recent work, published in Nature Communications, UCLA researchers created diffractive optical networks that can take an input light pulse and pass it through specially engineered layers to shape the output pulse that is leaving the optical network into a desired temporal waveform. This pulse shaping network was demonstrated in terahertz part of the electromagnetic spectrum for the first time, showing the synthesis of various forms of terahertz pulses. By precisely controlling both the phase and amplitude of a broadband input pulse over a continuum of wavelengths, the generation of different pulse shapes with various pulse-widths were demonstrated.

This pulse shaping approach is composed of passive diffractive layers that do not consume power and can be used to directly engineer terahertz pulses generated through, for example, quantum cascade lasers, solid-state circuits and particle accelerators. Another major advantage of this deep learning-based approach is that it is versatile and can be easily adapted to engineer terahertz pulses irrespective of their polarization state, beam quality or aberrations.

Professor Aydogan Ozcan, Volgenau Chair for Engineering Innovation and a Chancellor’s Professor of electrical and computer engineering at UCLA, emphasized that this framework can be applied to other parts of electromagnetic spectrum to shape optical pulses and will find broad applications in various applications that light pulses are being used, such as in ultra-fast imaging, spectroscopy and optical telecommunications. Diffractive optical networks open up a plethora of new design opportunities, especially in terahertz part of the spectrum, where existing devices and components have some important limitations, added Professor Mona Jarrahi of UCLA.