Could the ocean hold the key to reducing carbon dioxide in the atmosphere? 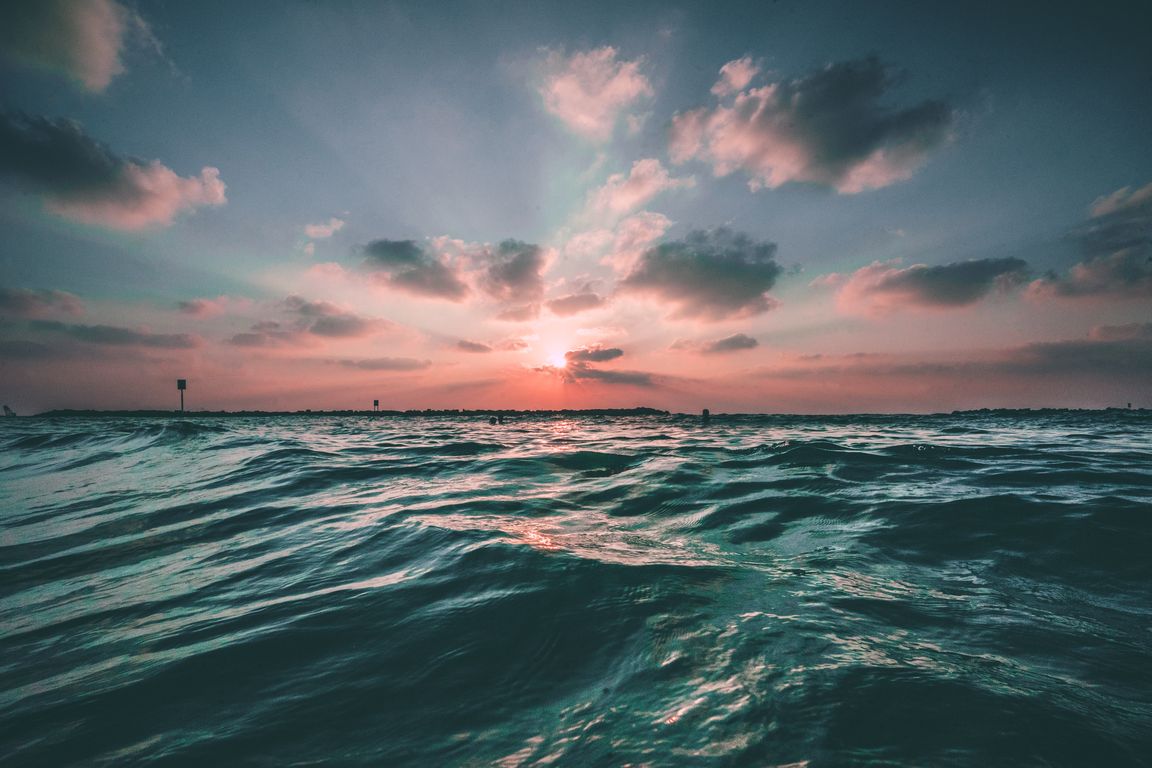 To help remove the massive amount of carbon dioxide that has accumulated in the atmosphere, “we’ve got to draw inspiration from nature,” says UCLA’s Gaurav Sant. (Photo credit: Joseph Barrientos/Unsplash)

Most experts agree that halting climate change — and the global warming, extreme heat events and stronger storms that come with it — will require the removal of carbon dioxide and other greenhouse gasses from the atmosphere. But with humans pumping out an estimated 37 billion metric tons of carbon dioxide annually, current strategies for capturing it seem likely to fall short.

Now, a UCLA research team has proposed a pathway that could help extract billions of metric tons of carbon dioxide from the atmosphere each year. Instead of directly capturing atmospheric carbon dioxide, the technology would extract it from seawater, enabling the seawater to absorb more. Why? Because, per unit volume, seawater holds nearly 150 times more carbon dioxide than air.

The researchers outline their concept, dubbed single-step carbon sequestration and storage, or sCS2, in a paper published in the journal ACS Sustainable Chemistry & Engineering.

“To mitigate climate change, we need to remove carbon dioxide from the atmosphere at a level between 10 billion and 20 billion metric tons per year,” said senior author Gaurav Sant, director of the UCLA Institute for Carbon Management and a Samueli Fellow and professor of civil and environmental engineering and of materials science and engineering at the UCLA Samueli School of Engineering. “To fulfill a solution at that scale, we’ve got to draw inspiration from nature.”

The proposed technology would incorporate a flow reactor — a system that continuously is fed raw materials and yields products. The seawater would flow through a mesh that allows an electrical charge to pass into the water, rendering it alkaline. This kicks off a set of chemical reactions that ultimately combines dissolved carbon dioxide with calcium and magnesium native to seawater, producing limestone and magnesite by a process similar to how seashells form. The seawater that flows out would then be depleted of dissolved carbon dioxide and ready to take up more. A co-product of the reaction, besides minerals, is hydrogen, which is a clean fuel. 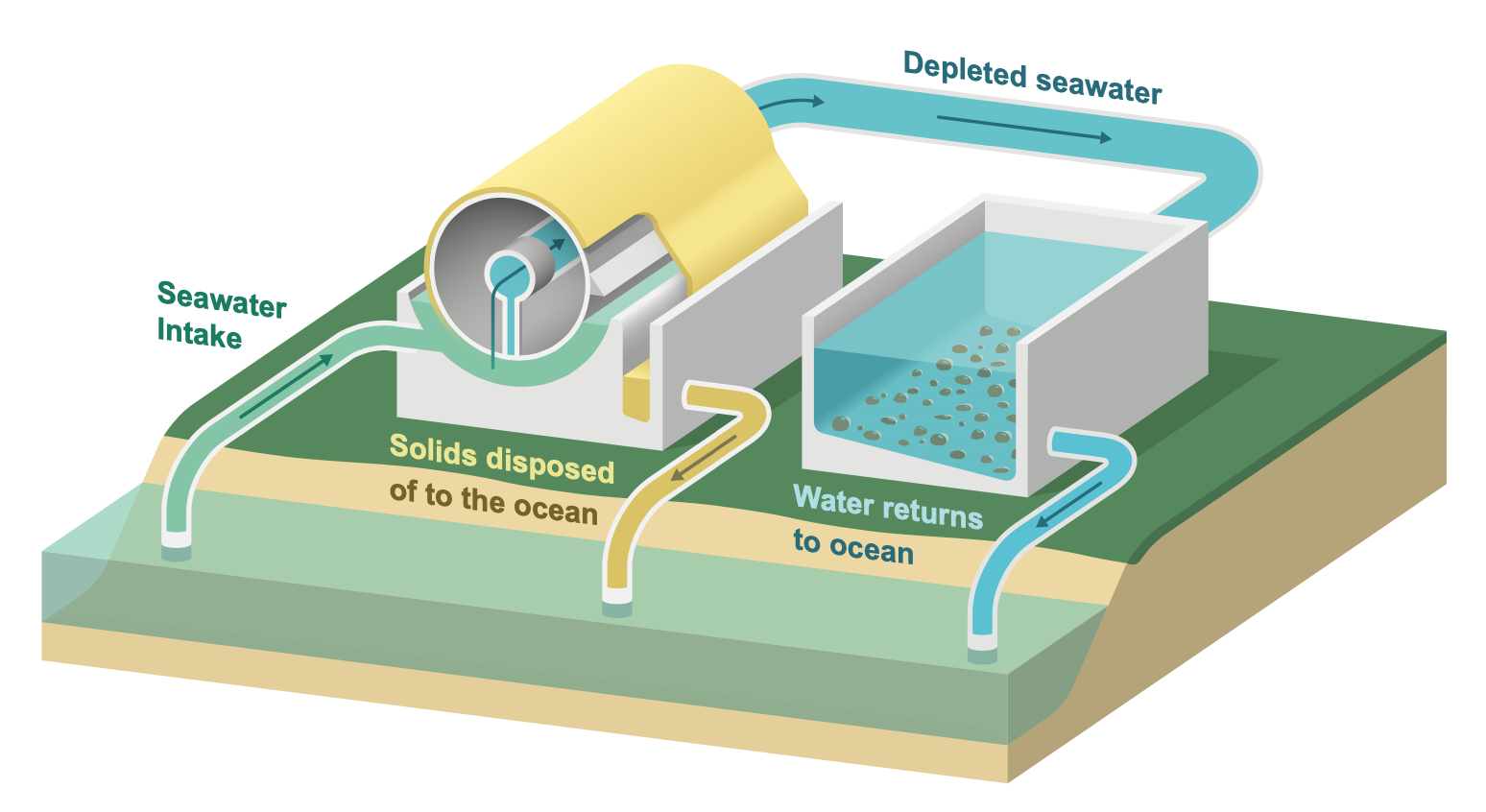 In addition to its potential scale of billions of metric tons, the approach suggested by the UCLA team has important advantages over current ideas for addressing the atmospheric accumulation of carbon dioxide.

“What’s nice about turning carbon dioxide into a rock is, it’s not going anywhere,” said Sant, who is a member of the California NanoSystems Institute at UCLA.

“Durable, safe and permanent storage is the premise of our solution,” added first author Erika Callagon La Plante, a former UCLA assistant project scientist who is currently an assistant professor at the University of Texas at Arlington.

The team carried out detailed analyses of the material and energy inputs and the costs required to realize their concept, as well as what to do with the byproducts. Unsurprisingly, given the enormous magnitude of the carbon challenge, they estimate that it would take nearly 1,800 sCS2 plants to immobilize 10 billion metric tons of carbon dioxide each year, with a cost in the trillions of dollars.

“We should be clear: Managing and mitigating carbon dioxide is foremost an economic challenge,” Sant said. “Many of today’s approaches for carbon management either require more clean energy than we can produce or are unaffordable. As such, we need to create solutions that are accessible and that will not impoverish the world. We have tried to use a lens of pragmatism to consider how we may be able to achieve synthetic interventions at an unprecedented scale, while considering the finite energy and financial resources we have.”

Still, the researchers believe that sCS2, even at smaller scales, represents an advance in carbon-capture and storage that should be considered as a potential part of any overall strategy for confronting climate change.

The research was supported by the U.S. Department of Energy’s Office of Fossil Energy, the Anthony and Jeanne Pritzker Family Foundation, the Grantham Foundation for the Protection of the Environment, the National Science Foundation, the U.S.–China Clean Energy Research Center for Water-Energy Technologies, the University of Texas at Arlington and the UCLA Institute for Carbon Management.