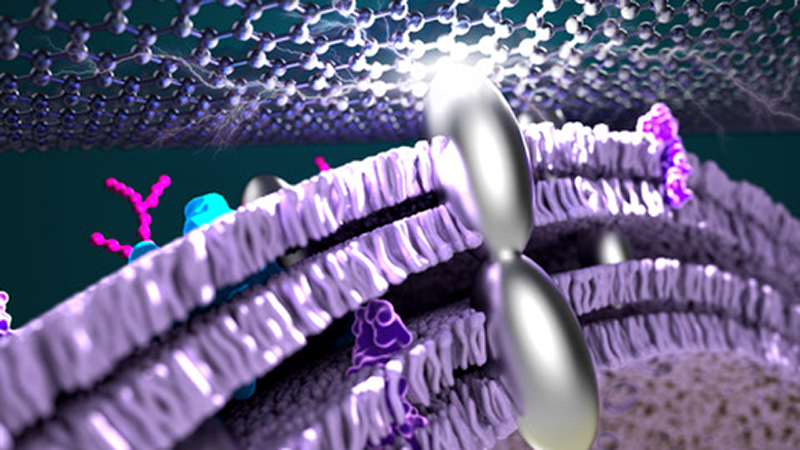 A UCLA-led team of engineers and chemists has taken a major step forward in the development of microbial fuel cells — a technology that utilizes natural bacteria to extract electrons from organic matter in wastewater to generate electrical currents. A study detailing the breakthrough was recently published in Science.

“Living energy-recovery systems utilizing bacteria found in wastewater offer a one-two punch for environmental sustainability efforts,” said co-corresponding author Yu Huang, a professor and chair of the Materials Science and Engineering Department at the UCLA Samueli School of Engineering. “The natural populations of bacteria can help decontaminate groundwater by breaking down harmful chemical compounds. Now, our research also shows a practical way to harness renewable energy from this process.”

The team focused on the bacteria genus Shewanella, which have been widely studied for their energy-generation capabilities. They can grow and thrive in all types of environments — including soil, wastewater and seawater — regardless of oxygen levels.

Shewanella species naturally break down organic waste matter into smaller molecules, with electrons being a byproduct of the metabolic process. When the bacteria grow as films on electrodes, some of the electrons can be captured, forming a microbial fuel cell that produces electricity.

However, microbial fuel cells powered by Shewanella oneidensis have previously not captured enough currents from the bacteria to make the technology practical for industrial use. Few electrons could move quickly enough to escape the bacteria’s membranes and enter the electrodes to provide sufficient electrical currents and power.

To address this issue, the researchers added nanoparticles of silver to electrodes that are composed of a type of graphene oxide. The nanoparticles release silver ions, which bacteria reduce to silver nanoparticles using electrons generated from their metabolic process and then incorporate into their cells. Once inside the bacteria, the silver particles act as microscopic transmission wires, capturing more electrons produced by the bacteria.

“Adding the silver nanoparticles into the bacteria is like creating a dedicated express lane for electrons, which enabled us to extract more electrons and at faster speeds,” said Xiangfeng Duan, the study’s other corresponding author and a professor of chemistry and biochemistry at UCLA.

With greatly improved electron transport efficiency, the resulting silver-infused Shewanella film outputs more than 80% of the metabolic electrons to external circuit, generating a power of 0.66 milliwatts per square centimeter — more than double the previous best for microbial-based fuel cells.

With the increased current and improved efficiencies, the study, which was supported by the Office of Naval Research, showed that fuel cells powered by silver-Shewanella hybrid bacteria may pave the way for sufficient power output in practical settings.

Duan, Huang and Weiss are all members of the California NanoSystems Institute at UCLA.