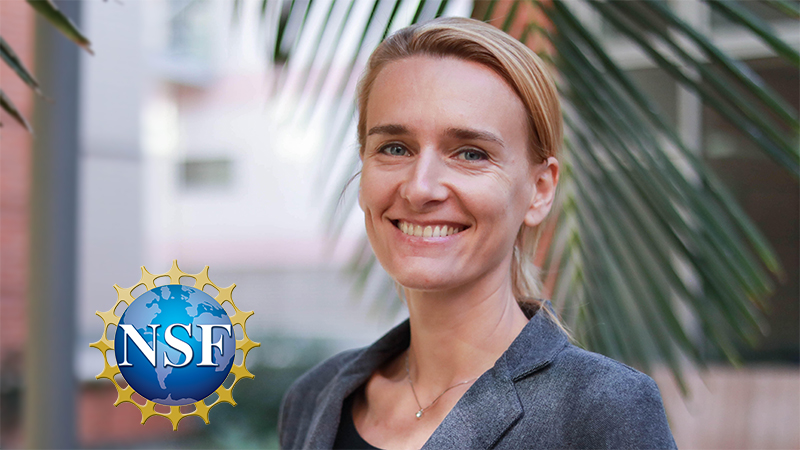 This article was originally published by UCLA Engineering Elisa Franco, an associate professor of mechanical and aerospace engineering at the UCLA Samueli School of Engineering, has received two research grants totaling $3.6 million from the National Science Foundation (NSF) to support the development of microscopic manufacturing and computing capabilities using DNA and RNA molecules.   The first grant will support Franco’s research to build tools and blueprints for microscopic systems that can organize, separate and sort — key functions of advanced manufacturing systems. There have been top-down industrial biochemical processes used to perform these tasks. Franco and her colleagues will instead develop a bottom-up method using RNA and DNA, which can maneuver and manipulate other molecules. Such technologies could offer much greater precision in manufacturing biomolecules. The novel approach could be adopted for biotechnology, pharmaceutical production and chemical engineering processes. Co-principal investigators on the $3-million grant include Jillian Blatti of Pasadena City College, Deborah Fygenson of UC Santa Barbara and Paul Rothemund of Caltech. The grant was submitted to the NSF through the California NanoSystems Institute (CNSI) at UCLA. The second NSF grant provides $600,000 to support Franco’s research on advancing the capabilities of molecular computing — where RNA and DNA molecules store and transmit information across artificial networks of genes. Franco will build molecular-based programs in which RNA molecules can carry messages across the network encoded by the ebb and flow of their concentrations. Advances in molecular programming could lead to new ways to store and process information, accelerate the development of vaccines and therapeutics, as well as completely automate chemical and materials processes. It could lead to biomolecular components that communicate with one another and work in concert as well as help biomolecular processes communicate with implanted medical devices. In addition to these two recent NSF grants, Franco has received three other research grants over the past year, including one that supported a virtual summer exchange program where chemical engineering undergraduates from Howard University in Washington, D.C., conducted research with her group. The funding is part of an initiative to strengthen ties between the University of California and historically Black colleges and universities in an effort to widen the pool of candidates for UC graduate and professional-degree programs. Franco leads the UCLA Dynamic Nucleic Acid Systems Laboratory and also holds a faculty appointment in bioengineering at UCLA Samueli.