To fight diseases of aging, scientist makes aging itself the target 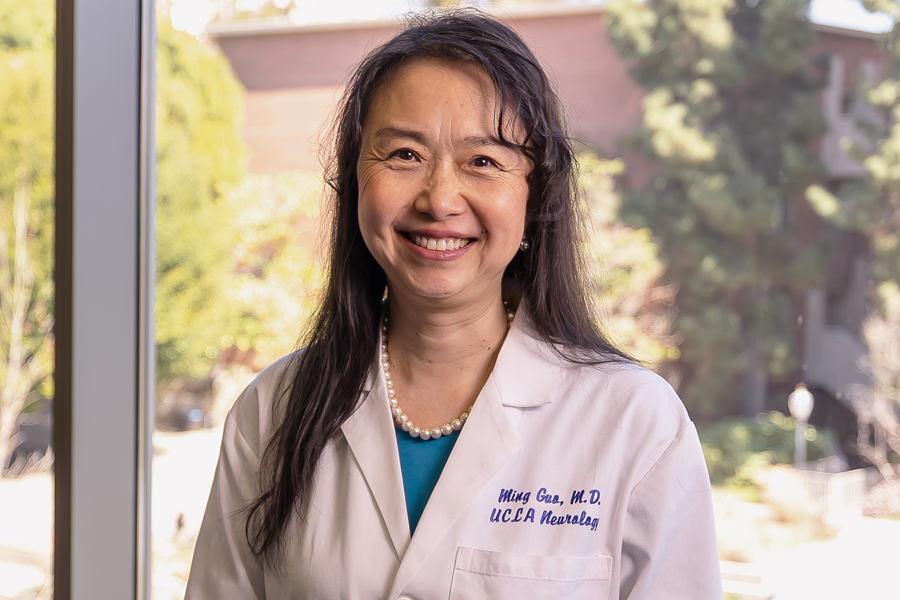 Guo sometimes invites her patients to speak at her UCLA lab — in part to give her trainees a deeper understanding of the diseases they’re studying. (Image credit: Marc Roseboro/California NanoSystems Institute at UCLA)

When Dr. Ming Guo says that she wants to reverse the aging process, she’s not outlining a fantastical quest for the Fountain of Youth. She’s looking for ways to defeat incurable diseases.

“If we could pause, delay or even reverse aging, we would make a significant impact against numerous diseases,” said Guo, professor of neurology, molecular and medical pharmacology at the David Geffen School of Medicine at UCLA. “I want to create a higher quality of life over a healthy life span, rather than just prolonging life.”

Her particular approach to her research is inspired by her compassion for her patients who have Alzheimer’s and Parkinson’s diseases and other brain degenerative disorders, and from the discoveries she has made in her research lab.

The percentage of people with Alzheimer’s doubles every five years after the age of 65, so Guo believes that intervening in the aging process could be the path to reducing the disease’s massive impact. Slowing aging could also help combat a range of other diseases and conditions, including Parkinson’s disease, heart disease, cancer and osteoporosis, as well as the increased vulnerability to infection that occurs with aging.

Since Guo joined the UCLA faculty two decades ago, her research focus has broadened to include multiple brain diseases and aging. In a landmark publication in 2006, Guo and her team examined two genes, PINK1 and PARKIN, that are mutated in some people with Parkinson’s disease.

They discovered that the two genes work together to control the quality of cellular structures known as mitochondria by culling and recycling damaged ones. (Mitochondria provide energy to almost all cells in every complex organism on the planet, and they play a vital role in metabolism.)

The finding opened up a new investigation into the importance of PINK1 and PARKIN on mitochondrial health, and it helped establish Guo’s scientific legacy. Guo was honored, in 2020, with election to the Association of American Physicians, which recognizes scientists for “the highest caliber of physician-led science accomplishments and scientific leadership.”

There’s now a body of research indicating that damaged mitochondria contribute to premature aging, and their implications for human health stretch beyond one illness. 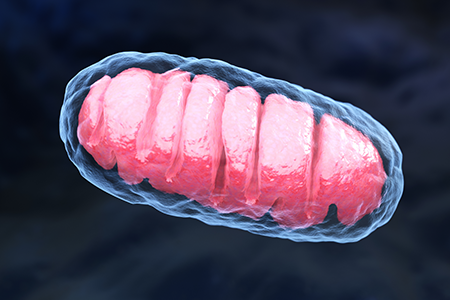 There’s now a body of research indicating that damaged mitochondria (such as the organelle pictured above) contribute to premature aging, and their implications for human health stretch beyond one illness. (Envato Elements Stock Images)

“Dysfunctional mitochondria are associated with not only Parkinson’s disease, but also other neurodegenerative diseases, cancer, diabetes and heart disease,” Guo said. “So we asked, ‘Is it possible for us to reverse this damaged mitochondrial signature?’”
Mitochondria have their own genetic materials — distinct from those in the cell’s nucleus — and exploring mitochondrial DNA has become a signature of Guo’s research. In one of her recent studies, a collaboration with Caltech researchers, Guo and her colleagues discovered how to reverse up to 95% of the damage to mitochondrial DNA in animals. 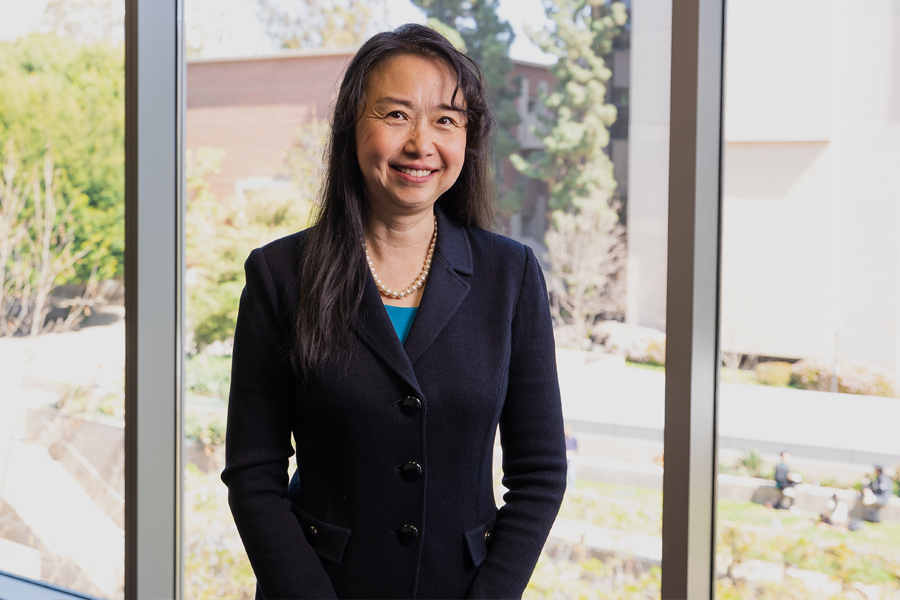 Among the most recent rewards for her success was an academic career leadership award from the National Institute on Aging that will enable UCLA to establish a new interdisciplinary center, led by Guo, that will focus on aging, mitochondrial health and dementia. The center, which will encompass teaching, research and outreach, will engage faculty members from the Geffen School of Medicine, the UCLA College, the UCLA Samueli School of Engineering, the UCLA Fielding School of Public Health and UCLA-affiliated hospitals.

The new center also will be aligned with the California NanoSystems Institute at UCLA, of which Guo is a member. The interdisciplinary nature of nanoscience, which concerns phenomena occurring on the scale of billionths of a meter, provides an opportunity to engage physicists, data scientists and engineers who can bring new perspectives to anti-aging research.

“CNSI has a strong tradition of innovation and entrepreneurship, which is something I am passionate about,” she said.

Indeed, in 2021, Guo was named a UCLA Faculty Innovation Fellow. The fellowship program, a collaboration among Startup UCLA, the UCLA Technology Development Group and the Office of the Vice Chancellor of Research and Creative Activities, helps UCLA professors develop ideas for companies that are based on their research. Also in 2021, she received a Noble Family Innovation Fund grant from CNSI; the funds support a team of scientists — including UCLA’s Robert Damoiseaux and Jonathan Wanagat and Caltech’s Bruce Hay — working on aging research.

One of Guo’s newest areas of study is exploring PINK1 and PARKIN signaling in the gut. The subject is of interest because digestive issues often precede, by years, the neurological symptoms of Parkinson’s. That work, which Guo is conducting with Dr. Elizabeth Videlock, a UCLA assistant clinical professor of digestive diseases, is funded by a 2021 grant from the Chan Zuckerberg Initiative.

Guo said her abilities and insights as a researcher are augmented by her role caring for people with neurodegenerative diseases. She invites some of her patients to speak in her lab, which has dual benefits: Patients see firsthand the scientists who are dedicated to tackling their disorders, and Guo’s trainees gain a deeper understanding from those who know the diseases inside out.

“I love to be connected to patients,” she said. “They teach me a lot about resilience, about optimism and about life. It gives me an enormous amount of motivation to go back to my lab and identify fundamental causes of these diseases and find cures for these currently incurable diseases — and to change the trajectory of aging.”