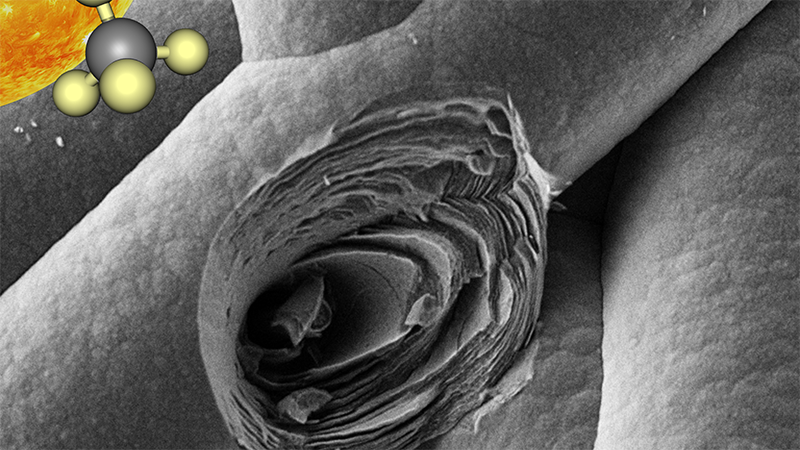 Researchers at the UCLA Samueli School of Engineering have delivered a one-two punch to reduce greenhouse gas emissions while generating valuable products in high demand.

The UCLA engineers’ new clean process employs concentrated solar-powered heating to break up methane gas into the two high-value products without emitting any greenhouse gas. A research paper detailing the advance was published in the American Chemical Society journal Energy & Fuels and featured on the journal’s front cover for the April 7 issue.

“We’re already seeing a surge in the demand for electric cars as well as other energy technologies that are powered by lithium-ion batteries. And the demand for hydrogen as a clean fuel should continue to rise too as technologies bring down costs,” said study leader Tim Fisher, professor and chair of the Mechanical and Aerospace Engineering Department at UCLA Samueli.

“This new process demonstrates a cost-effective and emission-free solution for fuels and materials that can be scaled up and incorporated into industrial production, and at a potentially much lower cost than other methods,” added Fisher, who holds UCLA’s John P. and Claudia H. Schauerman Endowed Chair in Engineering. 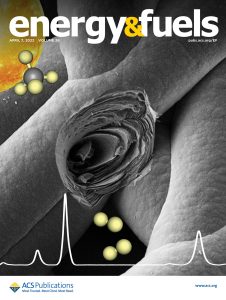 Inside a small reactor chamber, the researchers simulated the power of thousands of suns, about 4,500 kilowatts per square meter, focusing light and heat on a porous substrate of carbon fibers through which methane gas was pumped. The extreme temperatures, more than 2,200 degrees Fahrenheit, decomposed the methane gas into hydrogen gas with no visible carbon dioxide emissions. Much to the team’s surprise, the process also enabled the capture of carbon molecules adhered to the substrate’s fibers in a highly desirable form of solid graphite.

“The key breakthrough in our solar decomposition method is that the porous carbon substrate both absorbs the heat to kick start the decomposition of methane and it captures the carbon in a desirable, high-value web that could be easily extracted in a roll-to-roll process for scaled-up versions of the system to avoid clogging issues seen in other attempts,” said the study’s first author Mostafa Abuseada, a UCLA mechanical engineering graduate student advised by Fisher.

According to the researchers, the new method extracts carbon from methane efficiently and can yield up to 70% of available hydrogen and 58% of carbon. For graphitic carbon in particular, the rate of growth is orders of magnitude more than what was captured by previously described methods.

The next phase of research will involve field testing under true solar conditions and incorporating a mechanism for continuous carbon capture. The research has been supported by the Noble Family Innovation Fund at the California NanoSystems Institute at UCLA, of which Fisher is a member.