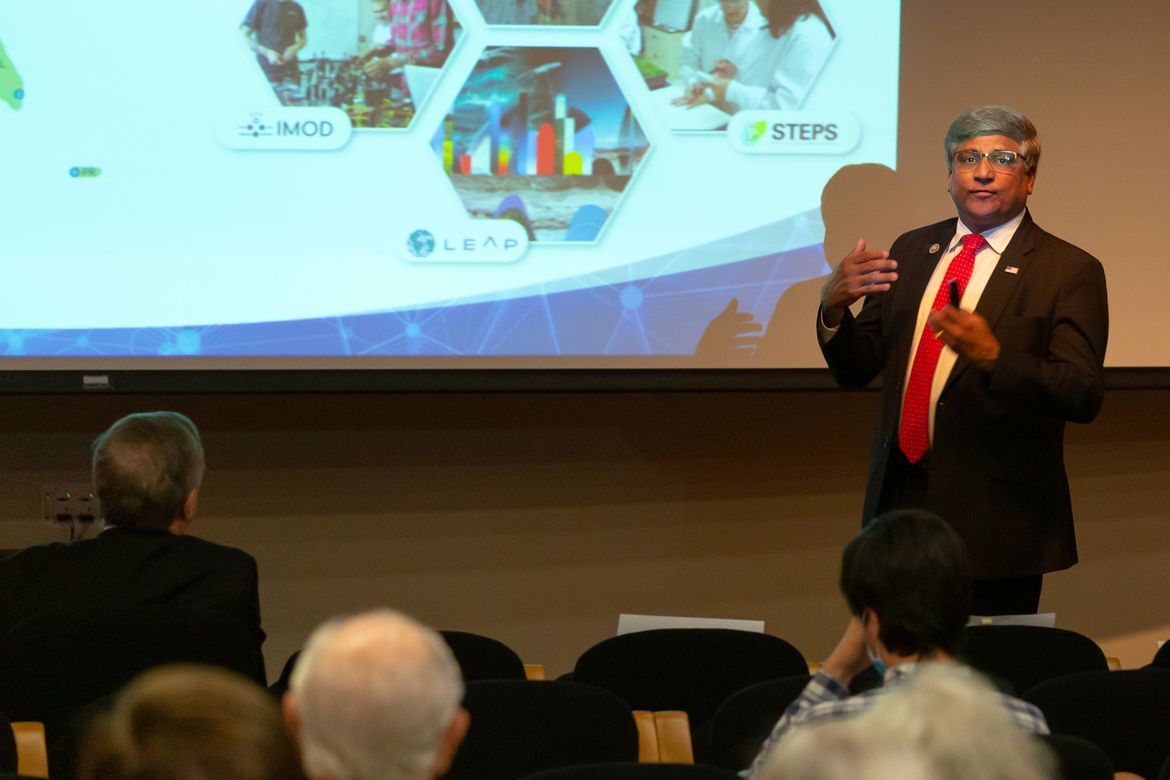 Sethuraman Panchanathan, director of the National Science Foundation, met with UCLA students, faculty members and administrative leaders this week, offering words of inspiration on how researchers can best influence and guide the next generation of scientists and engineers.

A computer scientist and engineer by training, Panchanathan was nominated to lead the agency in 2019 and confirmed by the U.S. Senate in June 2020. His visit to UCLA was, as he put it, his opportunity to see up-close where the NSF is making a difference.

In meetings with different groups throughout the day, he emphasized that accessibility and inclusivity must be at the forefront of research efforts. He also highlighted the commitment of the agency, which has an $8.8 billion annual budget, to collaborations — with other agencies, industry partners, cities, states, and countries across the globe — that can enhance the speed and scale of its mission to support new ideas and help see them to fruition.

As part of his visit, Panchanathan gave a presentation in the California NanoSystems Institute auditorium titled “Innovation Anywhere, Opportunities Everywhere: Accelerating the Frontiers of Science & Technology.” Before an audience of scores of faculty, students and staff, he gave passionate arguments on the need to deliver for individuals, groups and regions that have been underrepresented in the support and benefits of scientific research support and advancement.

“How do we ensure that we have accessibility and inclusivity as we think about the future?” Panchanathan asked. “This is a moment we have to redouble our resolve and our efforts so that we do not leave any talents or ideas behind. This is something you will see that NSF is going to make happen as we advance into the future, with intensity and intentionality.”

His presentation was peppered with examples of major NSF-funded projects headquartered at UCLA, including theInstitute for Pure & Applied Mathematics, the Nanosystems Engineering Research Center for Translational Applications of Nanoscale Multiferroic Systems, and the Center for Quantum Science and Engineering. He also gave a hat tip to a few individual faculty members, citing how the agency has supported their careers from early stages to today, including Nobel Laureate Andrea Ghez, UCLA’s Lauren B. Leichtman & Arthur E. Levine Professor of Astrophysics, who attended the talk. 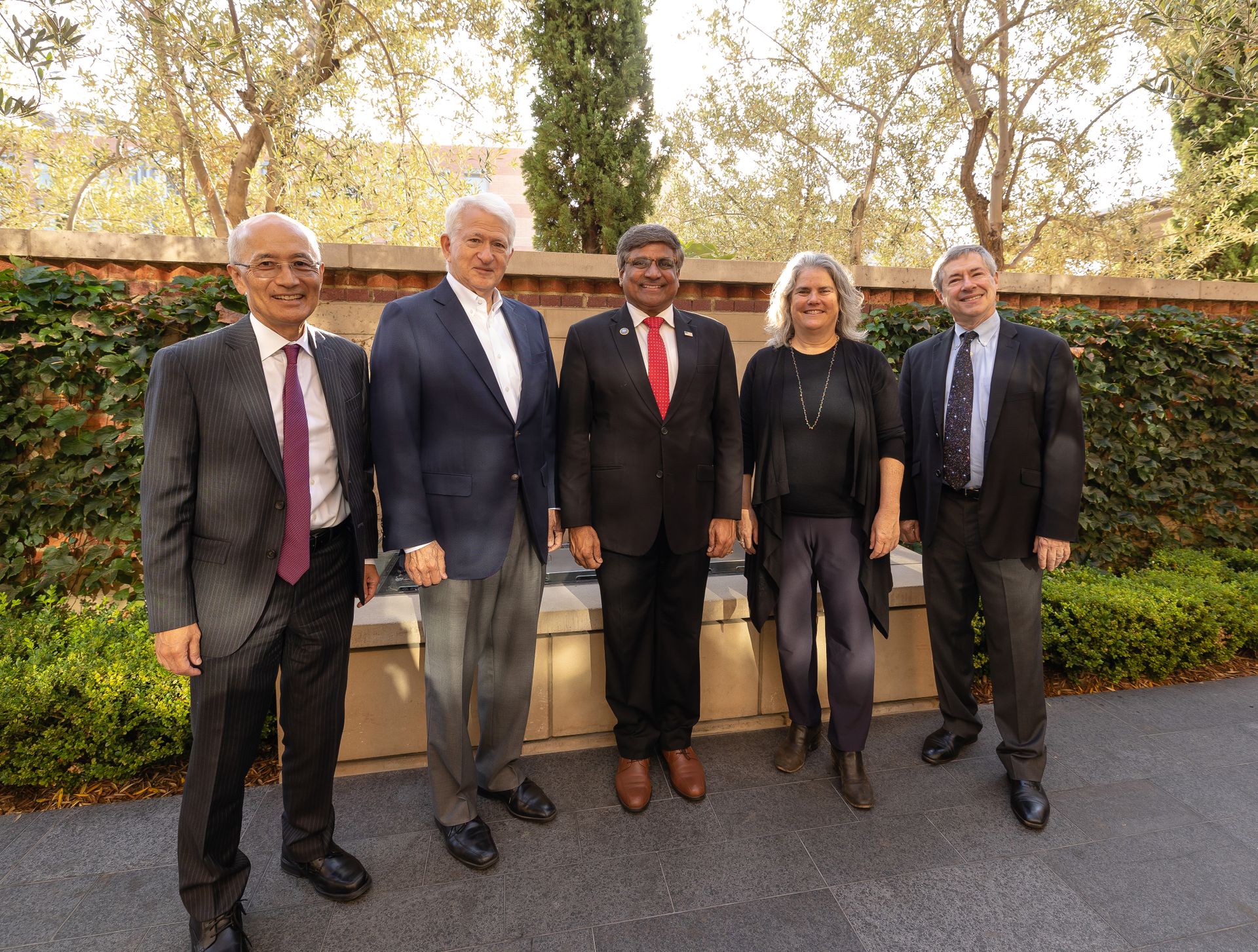 Before the town hall, Panchanathan met with UCLA graduate students from different disciplines who have received the organization’s graduate research fellowship. He encouraged them to venture outside academia and get experiences with industry, to learn entrepreneurial skills and to give back through service and mentorship.

“He was as energetic and enthusiastic in our meeting as he was during the general town hall,” said Jamie Leonard, a third-year civil engineering graduate student studying airborne microplastics. “Only instead of highlighting what the NSF is doing as an organization to inspire the next generation, he asked us what are we doing individually toward those goals: How are we mentoring the undergraduates in our labs and are we reaching out to other schools that may not have the same resources as UCLA?”

“He emphasized our role as the stewards and communicators of science,” Schmidt said. “It is our responsibility to take the spark of curiosity that was kindled within us and continue to pass it down to the future students who will one day take our place.”

“We are honored that the NSF director visited our campus and met with many researchers, students, and university leaders,” said Roger Wakimoto, UCLA’s vice chancellor for research and creative activities. “His message was inspirational and visionary and he has our support as he guides the agency in the coming months and years.”