California NanoSystems Institute > Faculty News > October 4, 2022 | How the secrets of the ‘water bear’ could improve lifesaving drugs like insulin

Inspired by creatures that survive in harsh environments and aided by UCLA’s Innovation Fund, a team has invented a polymer with the potential to extend the shelf life and reach of medications 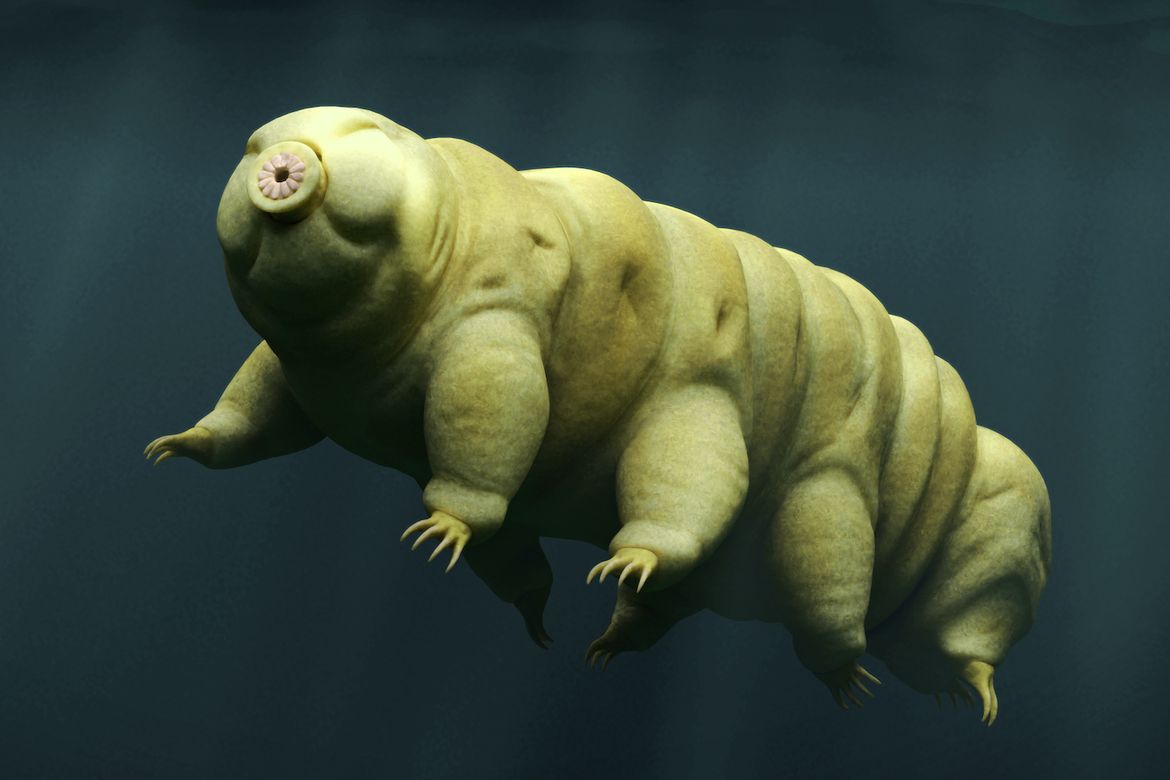 A tardigrade, or water bear, floating in water. The tiny organism can endure some of the most extreme conditions on Earth — and even space. (Image courtesy: iStock.com/dottedhippo)

UCLA chemist Heather Maynard had to wonder: How do organisms like the tardigrade do it?

This stocky microscopic animal, also known as a water bear, can survive in environments where survival seems impossible. Tardigrades have been shown to endure extremes of heat, cold and pressure — and even the vacuum of space — by entering a state of suspended animation and revitalizing, sometimes decades later, under more hospitable conditions.

If she could understand the mechanism behind this extraordinary preservation, Maynard reckoned, she might be able to use the knowledge to improve medicines so that they remain potent longer and are less vulnerable to typical environmental challenges, ultimately broadening access and benefiting human health.

It turns out that one of the process protecting tardigrades is spurred by a sugar molecule called trehalose, commonly found in living things from plants to microbes to insects, some of which use it as blood sugar. For a few select organisms, such as the water bear and the spiky resurrection plant, that can revive after years of near-zero metabolism and complete dehydration, trehalose’s stabilizing power is the secret to their unearthly fortitude.

Armed with this insight, Maynard, a professor of chemistry and biochemistry who holds UCLA’s Dr. Myung Ki Hong Chair in Polymer Science, invented a polymer based on the sugar. Her polymer, called poly(trehalose methacrylate), or pTrMA, actually seems to improve upon nature in its ability to render drugs more robust to the ravages of time and temperature.

“We figured that if trehalose could stabilize entire organisms, that makes it a pretty good stabilizer,” said Maynard, who is also the associate director of technology and development at the California NanoSystems Institute at UCLA. “However, that our polymer outperformed trehalose was not expected.”

With support and guidance from the UCLA Innovation Fund, a program designed to facilitate the commercialization of UCLA-owned therapies and other health-related technologies, Maynard and her team opted to investigate pTrMA’s effects on insulin, a World Health Organization “essential medicine” that many people with diabetes inject daily to manage the disease.

When exposed to heat or shaken up too much, insulin proteins can clump in ways that gum up needles, make the medicine less effective or even prompt a harmful reaction from the body’s natural defenses. As a result, insulin must be handled with care and transported in refrigerated compartments. 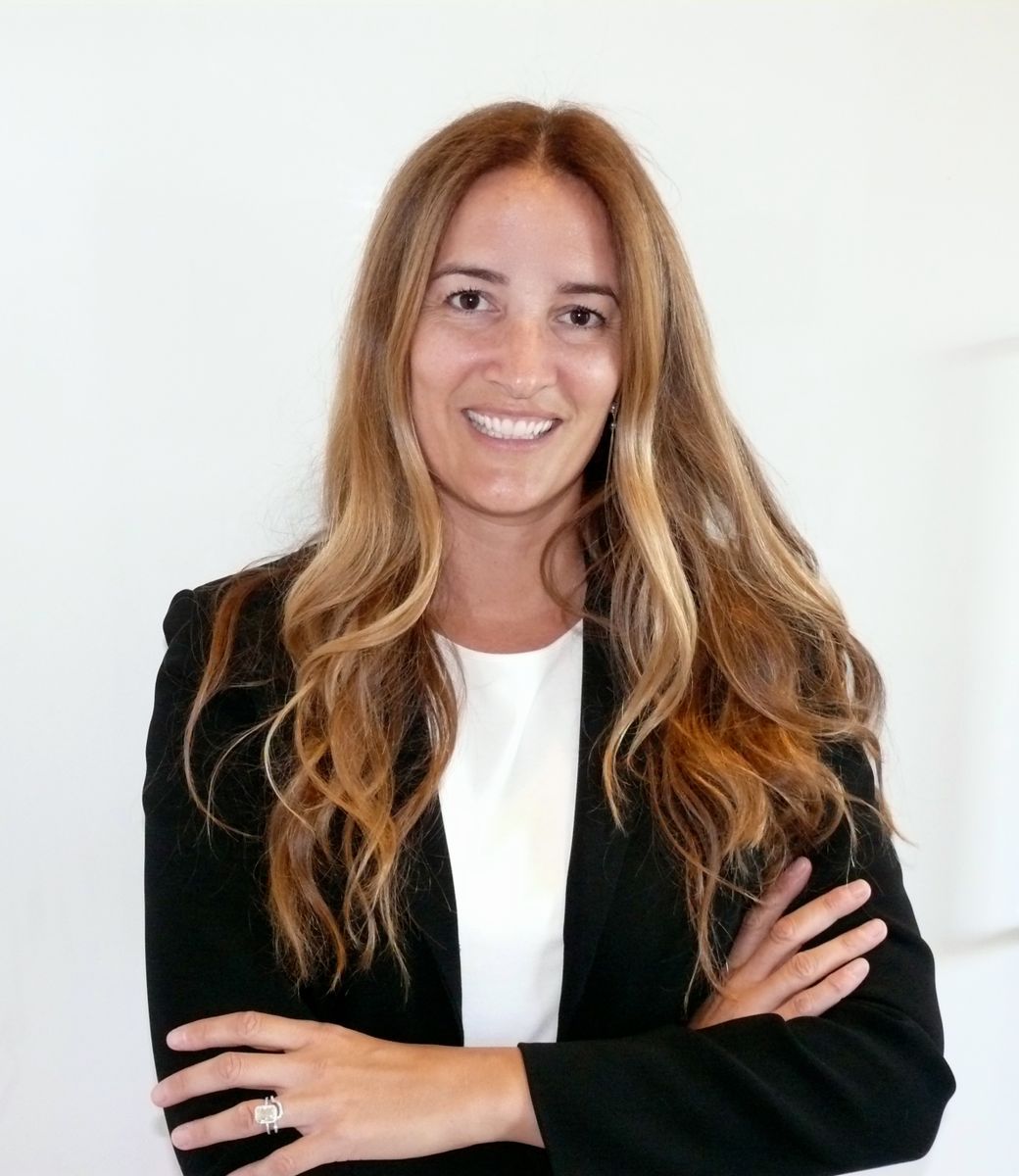 Accordingly, insulin that remains stable for longer without refrigeration could reduce the drug’s cost by making logistics less expensive. And an extended shelf life would cut back on both wasted medicine and potentially dangerous situations where expired insulin delivers an inadequate dose. More than that, insulin could become accessible to some remote locales that are currently out of reach for refrigerated transport.

A series of studies led by Maynard over the last three years has demonstrated pTrMA’s potential. A recent Innovation Fund–supported study published in ACS Applied Materials & Interfaces found that the polymer preserved insulin at temperatures of nearly 200 degrees Fahrenheit — close to water’s boiling point — and through almost a year of refrigerated storage, with 87% of the medication remaining intact, compared with less than 8% of insulin alone. Laboratory experiments into pTrMA’s safety showed that it did not trigger an immune response in mice.

A 2021 study, also backed by the Innovation Fund, showed that insulin plus pTrMA has a low enough viscosity to be safely injected, and 2020 research demonstrated that a version of pTrMA designed to degrade inside the body retained the ability to stabilize insulin.

An early finding, from 2014, that pTrMA actually works better than trehalose as a preserving agent hasn’t been the only pleasant surprise along the way. Maynard’s team typically designs polymers to be chemically linked to drug molecules, but in the case of pTrMA, they found that it is equally effective intermingled alongside insulin molecules without chemical links.

Maynard suspects that the polymer has potential for broader use.

“Trehalose polymers stabilize a wide range of proteins and enzymes,” she said. “Vaccines are a possibility, and we think that the polymers could be a platform technology applied to an array of different biologically based drugs.”

Flexible resources from the Innovation Fund have allowed Maynard the freedom to pursue the most relevant questions in her studies. That benefit ended up working in concert with another: introductions to pharmaceutical industry experts by UCLA’s Technology Development Group.

One such expert recommended that Maynard investigate the action of the pTrMA in the body. In her recent ACS Applied Materials & Interfaces publication on pTrMA, Maynard and her team found no significant difference in blood plasma concentrations over time between insulin alone and the drug formulated with pTrMA.

“It’s not always easy to find funding for some of the systematic studies we’ve been conducting,” Maynard said. “The UCLA Innovation Fund accelerated the research and gave us the ability to pivot.”

If Maynard’s polymer finds continued success as a safe stabilizer, drugs from the lifesaving to the everyday could become cheaper and available in more places. And she’ll have a couple of others to thank: Mother Nature and the nigh-indestructible water bear.