April 11, 2019 | Professor Paul Weiss has been chosen for the 2019 Institute of Electrical and Electronics Engineers (IEEE) Pioneer Award in Nanotechnology 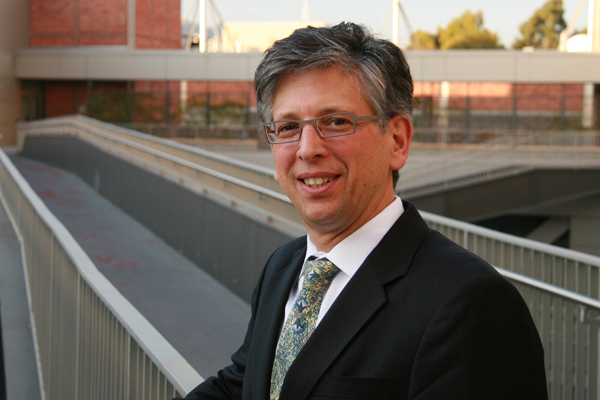 P rofessor Paul Weiss has been chosen for the 2019 Institute of Electrical and Electronics Engineers (IEEE) Pioneer Award in Nanotechnology.

Weiss is being recognized for “exploring the ultimate limits of miniaturization and function and championing nanotechnology worldwide”.

Since 2007, the IEEE Pioneer Award in Nanotechnology has recognized individuals who, by virtue of initiating new areas of research, development, or engineering, have had a significant impact on the field of nanotechnology.

Weiss will receive the award at the 19th IEEE International Conference on Nanotechnology (IEEE-Nano 2019) in Macau, China in July.

Weiss holds a UC Presidential Chair and is a distinguished professor of chemistry & biochemistry and materials science & engineering. He leads an interdisciplinary research group focused on understanding and controlling chemistry, physics, biology, and materials at the smallest scales. Weiss is the founding, and current, Editor-in-Chief of ACS Nano, one of the top scientific journals in nanoscience and nanotechnology. From 2009–2014 Weiss held the Fred Kavli Chair in NanoSystems Sciences and was the director of the UCLA California NanoSystems Institute, of which he is a member.

The IEEE is the world’s largest technical professional organization for the advancement of technology.