Professor Xiangfeng Duan receives the prestigious 2022 McCoy Award, which recognizes the researchers in the department who have made the greatest contribution of the year to the science of chemistry and biochemistry 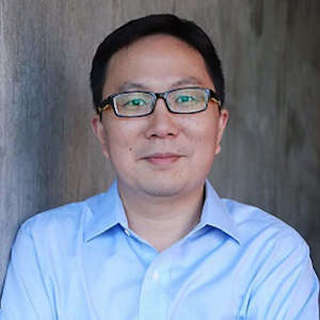 This year two faculty members received the 2022 Chemistry & Biochemistry Herbert Newby McCoy Award for their important research projects. Duan and Professor Juli Feigon (read about her research here) were recognized at our annual departmental awards ceremony on May 13, 2022.

The Duan group and their UCLA collaborators developed a unique design of ultrathin films for highly flexible yet mechanically robust bioelectronic membranes that could pave the way for diagnostic on-skin sensors that fit precisely over the body’s contours and conform to its movements. 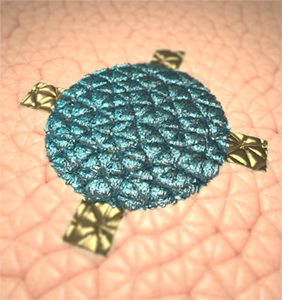 In February 2022, the prestigious journal Science published a paper describing the research and, in March 2022, the research was featured in the UCLA Samueli School of Engineering News.

“Conceptually, the membrane is like a much-thinner version of kitchen cling film, with excellent semiconducting electronic functionality and unusual stretchability that naturally adapts to soft biological tissues with highly conformal interfaces,” Duan said. “It could open up a diverse range of powerful sensing and signaling applications. For example, wearable health-monitoring devices built with this material can accurately track electrophysiological signals at the organism level or down to the level of individual cells.” 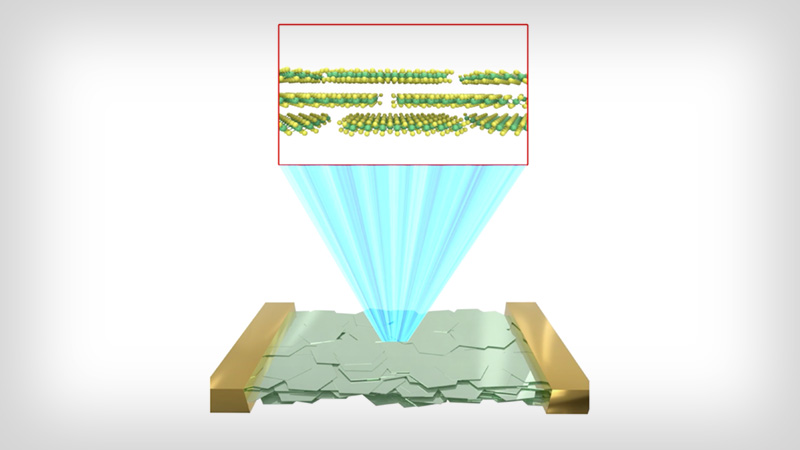 The development of flexible and stretchable electronic materials that adapt to irregular, soft biological substrates such as human skin is central for bioelectronic systems actively monitoring dynamic events in living organisms, diagnosing and treating human diseases for personalized medicine and telehealth. A robust bioelectronic system requires intimate interaction with biological structures to perform specific operations, such as biological signal recording, amplification, extraction, and delivering electrical or chemical stimulations, which is difficult to achieve with conventional electronic materials. Although hard inorganic materials may be made flexible in an ultrathin membrane format, they are hardly stretchable and cannot form conformal interfaces with irregular geometries with non-zero Gaussian curvatures due to fundamental topological limitations. Organic or composite semiconductor thin films may be made stretchable and conformal, but are usually of insufficient performance or limited stability in typical wet biological environments. To enable seamless semi-bio hybrids requires the development of new semiconductor materials with an unusual combination of high electronic performance, material stability, mechanical robustness at ultrathin thicknesses, exceptional flexibility, stretchability, adaptability and permeability.

Inspired by the universal van der Waals (VDW) interactions in biological assemblies, Duan and his team exploited the VDW interactions to assemble colloidal 2D nanosheets into a unique design of VDW thin films (VDWTFs) with an excellent mechanical match with soft biological tissues and a unique set of combined merits beyond the reach of existing materials: (1) within the VDWTFs, the dangling-bond-free 2D nanosheets are staggered with respect to each other to establish broad-area plane-to-plane vdW contacts with minimum interfacial trapping states to ensure excellent charge transport across the inter-sheet grain boundaries; (2) the bond-free VDW interactions between the 2D nanosheets greatly reduces the Young’s modulus and offers a natural mechanical match with soft biological assemblies that are typically characterized by vdW interactions; (3) when deformed, the bonding-free broad-area vdW interfaces allows 2D nanosheets to slide or rotate against each other to accommodate the local tension or compression without breaking the broad-area vdW interfaces and the conductive pathways, which is essential for achieving unusual stretchability and structural integrity in the ultrathin freestanding format; (4) with the unusual stretchability to accommodate local strains/deformations and overcome the topological limitations, the VDWTFs exhibit exceptional malleability and adaptability to irregular and dynamically changing surface topographies, in a way that is impossible with traditional thin-film materials; and (5) the VDWTFs feature percolating networks of nanoscale channels (dictated by nanosheet thickness: ~3 nm) winding around the staggered nanosheets for gas/nutrient permeation/exchange, which is critical for the breathability of bioelectronics.

Their recent studies have clearly demonstrated that freestanding VDWTFs feature a greatly reduced Young’s modulus of 47.3 MPa (~3 orders of magnitude smaller than that of bulk MoS2) and an exceptional stretchability of up to 60%; they can readily adapt to microscopic topographies and form high conformal interfaces. The resulting VWTFTs can seamlessly merge with soft, dynamically changing biological substrates to form low-voltage skin gate transistors with sufficient frequency response (>100 KHz) for on-skin amplification of electrophysiological signals, including electrocardiography (ECG) and electroencephalography (EEG) signals.

Together, the unique design of the VDWTFs promises an entirely new materials platform for highly flexible and stretchable electronics beyond the limit of traditional materials to satisfy the unusual demands of next- generation technologies. The resulting VDWTFs feature a unique combination of high electronic performance, material stability, mechanical robustness, exceptional flexibility, stretchability, adaptability and breathability.

About the Herbert Newby McCoy Award

The Herbert Newby McCoy Award was established in 1964 by Mrs. Ethel Terry McCoy, also a chemist, in honor of her husband who was an American chemist who taught at the University of Chicago and the University of Utah and was the vice-president of Lindsay Light & Chemical Company. Each year the award is given to the researcher(s) in the department who made the greatest contribution of the year to the science of chemistry and biochemistry. The selection of the winner(s) is made by the full professors of the department and the Chancellor. Nobel Laureate Donald Cram was the recipient of the first McCoy Award in 1965.