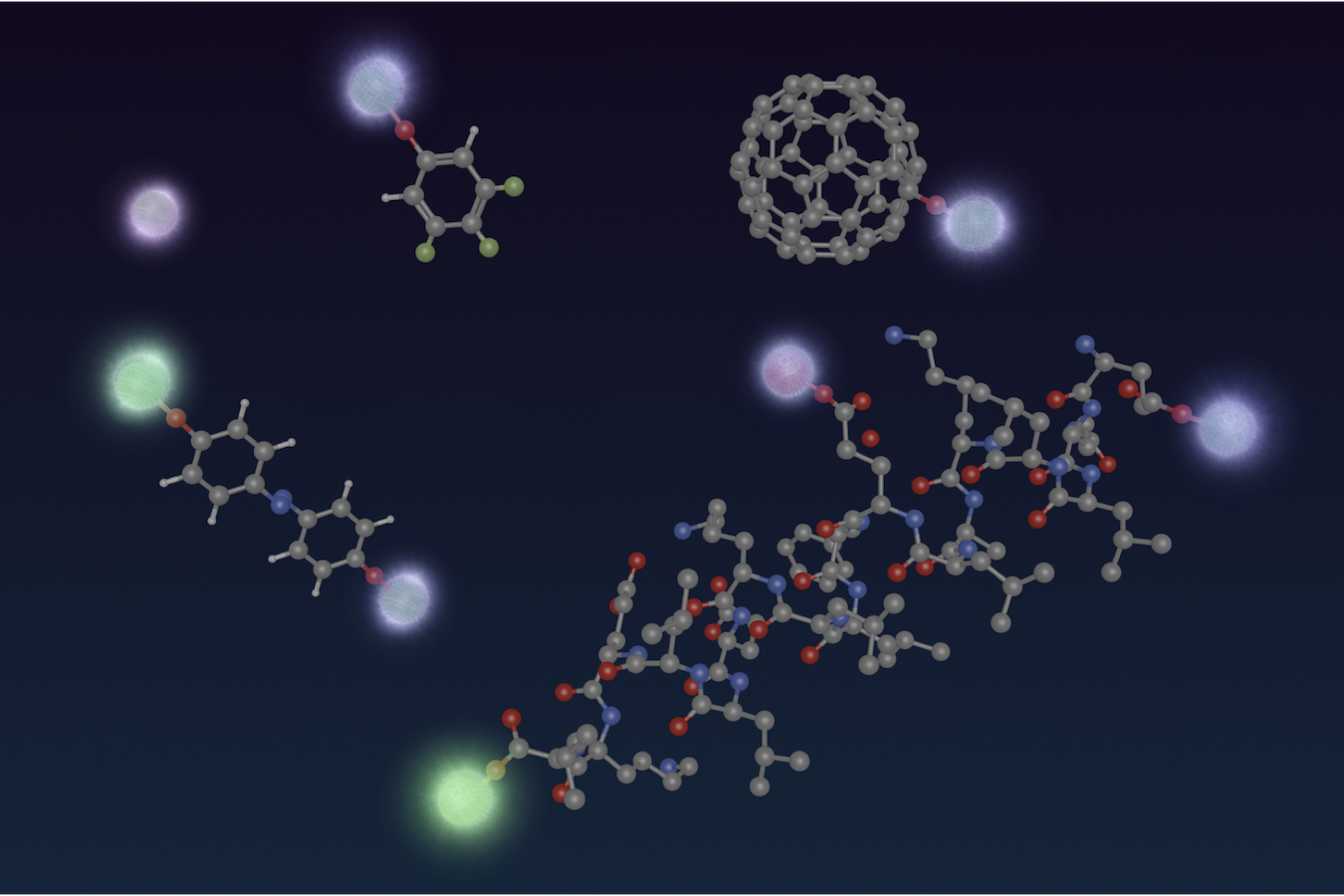 Quantum computing, though still in its early days, has the potential to dramatically increase processing power by harnessing the strange behavior of particles at the smallest scales. Some research groups have already reported performing calculations that would take a traditional supercomputer thousands of years. In the long term, quantum computers could provide unbreakable encryption and simulations of nature beyond today’s capabilities.

A UCLA-led interdisciplinary research team including collaborators at Harvard University has now developed a fundamentally new strategy for building these computers. While the current state of the art employs circuits, semiconductors and other tools of electrical engineering, the team has produced a game plan based in chemists’ ability to custom-design atomic building blocks that control the properties of larger molecular structures when they’re put together.

The findings, published last week in Nature Chemistry, could ultimately lead to a leap in quantum processing power.

“The idea is, instead of building a quantum computer, to let chemistry build it for us,” said Eric Hudson, UCLA’s David S. Saxon Presidential Professor of Physics and corresponding author of the study. “All of us are still learning the rules for this type of quantum technology, so this work is very sci-fi right now.”

The basic units of information in traditional computing are bits, which are each limited to one of only two values. In contrast, a group of quantum bits — or qubits — can have a vastly wider range of values, exponentially increasing a computer’s processing power. More than 1,000 normal bits are required to represent just 10 qubits, while 20 qubits require more than 1 million bits.

That characteristic, at the heart of quantum computing’s transformational potential, depends on the counterintuitive rules that apply when atoms interact. For instance, when two particles interact, they can become linked, or entangled, so that measuring the properties of one determines the properties of the other. Entangling qubits is a requirement of quantum computing.

However, this entanglement is fragile. When qubits encounter subtle variations in their environments, they lose their “quantumness,” which is needed to implement quantum algorithms. This limits the most powerful quantum computers to fewer than 100 qubits, and keeping these qubits in a quantum state requires large pieces of machinery.

To apply quantum computing practically, engineers must scale up that processing power. Hudson and his colleagues believe they have made a first step with the study, where theory guided the team to tailor-make molecules that protect quantum behavior.

The scientists developed small molecules that include calcium and oxygen atoms and act as qubits. These calcium-oxygen structures form what chemists call a functional group, meaning that it can be plugged into almost any other molecule while also conferring its own properties to that molecule.

The team showed that their functional groups maintained their desired structure even when attached to much larger molecules. Their qubits can also stand up to laser cooling, a key requirement for quantum computing.

“If we can bond a quantum functional group to a surface or some long molecule, we might be able to control more qubits,” Hudson said. “It should also be cheaper to scale up, because an atom is one of the cheapest things in the universe. You can make as many as you want.”

In addition to its potential for next-generation computing, the quantum functional group could be a boon for basic discovery in chemistry and the life sciences, for instance by helping scientists uncover more about the structure and function of various molecules and chemicals in the human body.

“Qubits can also be exquisitely sensitive tools for measurement,” said study co-author Justin Caram, a UCLA assistant professor of chemistry and biochemistry. “If we could protect them so they can survive in complex environments such as biological systems, we would be armed with so much new information about our world.”

Hudson said that the development of a chemically based quantum computer could realistically take decades and is not certain to succeed. Future steps include anchoring qubits to larger molecules, coaxing tethered qubits to interact as processors without unwanted signaling, and entangling them so that they work as a system.

The project was seeded by a Department of Energy grant that gave the physicists and chemists the chance to cut through discipline-specific jargon and speak in a common scientific language. Caram also credits UCLA’s atmosphere of easy collaboration.

“This is one of the most intellectually fulfilling projects I’ve ever worked on,” he said. “Eric and I first met having lunch at the Faculty Center. This was born out of fun conversations and being open to talking to new people.”

The study was also supported by the National Science Foundation, the Army Research Office and the Air Force Office of Scientific Research.