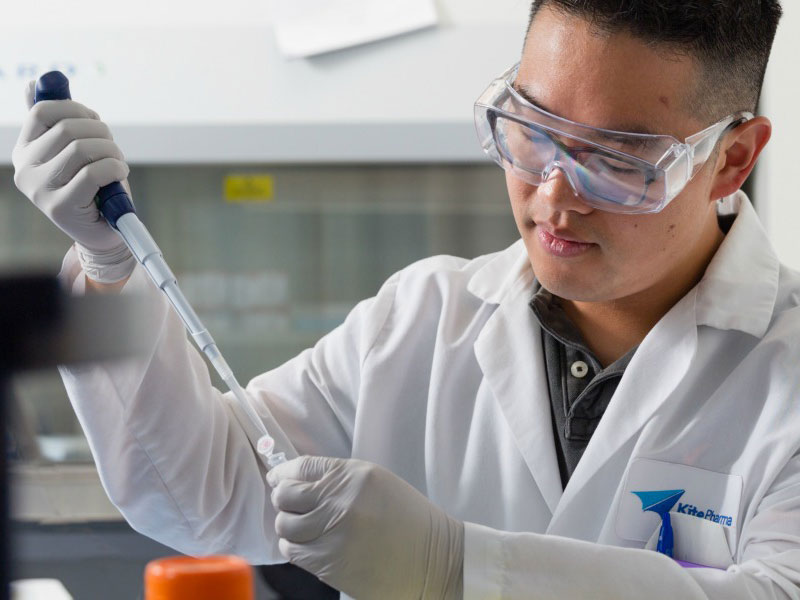 This article was originally published by the Gilead

FOSTER CITY, Calif. & SANTA MONICA, Calif.–(BUSINESS WIRE)– Gilead Sciences, Inc. (Nasdaq: GILD) and Kite Pharma, Inc. (Nasdaq: KITE) announced today that the companies have entered into a definitive agreement pursuant to which Gilead will acquire Kite for $180.00 per share in cash. The transaction, which values Kite at approximately $11.9 billion, was unanimously approved by both the Gilead and Kite Boards of Directors and is anticipated to close in the fourth quarter of 2017. The transaction will provide opportunities for diversification of revenues, and is expected to be neutral to earnings by year three and accretive thereafter.

Kite is an industry leader in the emerging field of cell therapy, which uses a patient’s own immune cells to fight cancer. The company has developed engineered cell therapies that express either a chimeric antigen receptor (CAR) or an engineered T cell receptor (TCR), depending on the type of cancer. Kite’s most advanced therapy candidate, axicabtagene ciloleucel (axi-cel), is a CAR T therapy currently under priority review by the U.S. Food and Drug Administration (FDA). It is expected to be the first to market as a treatment for refractory aggressive non-Hodgkin lymphoma, which includes diffuse large B-cell lymphoma (DLBCL), transformed follicular lymphoma (TFL) and primary mediastinal B-cell lymphoma (PMBCL). The FDA has set a target action date of November 29, 2017 under the Prescription Drug User Fee Act (PDUFA). A marketing authorization application (MAA) has also been filed for axi-cel for the treatment of relapsed/refractory DLBCL, TFL and PMBCL with the European Medicines Agency (EMA), representing the first submission in Europe for a CAR T therapy. Approval in Europe is expected in 2018. Kite has additional candidates in clinical trials in both hematologic cancers and solid tumors, including KITE-585, a CAR T therapy candidate that targets BCMA expressed in multiple myeloma.

“The acquisition of Kite establishes Gilead as a leader in cellular therapy and provides a foundation from which to drive continued innovation for people with advanced cancers,” said John F. Milligan, PhD, Gilead’s President and Chief Executive Officer. “The field of cell therapy has advanced very quickly, to the point where the science and technology have opened a clear path toward a potential cure for patients. We are greatly impressed with the Kite team and what they have
accomplished, and share their belief that cell therapy will be the cornerstone of treating cancer. Our similar cultures and histories of driving rapid innovation in order to bring more effective and safer products to as many patients as possible make this an excellent strategic fit.”

Research and development as well as the commercialization operations for Kite will remain based in Santa Monica, California, with product manufacturing remaining in El Segundo, California.

“From the release of our pivotal data for axi-cel, to our potential approval by the FDA, this is a year of milestones. Each and every accomplishment is a reflection of the talent that is unique to Kite. We are excited that Gilead, one of the most innovative companies in the industry, recognized this value and shares our passion for developing cutting-edge and potentially curative therapies for patients,” said Arie Belldegrun, MD, FACS, Chairman, President and Chief Executive Officer of Kite. “CAR T has the potential to become one of the most powerful anti-cancer agents for hematologic cancers. With Gilead’s expertise and support, we hope to fulfill that potential by rapidly accelerating our robust pipeline and nextgeneration research and manufacturing technologies for the benefit of patients around the world.”