Using enhanced halide perovskite in place of silicon could produce less expensive devices that stand up better to light, heat 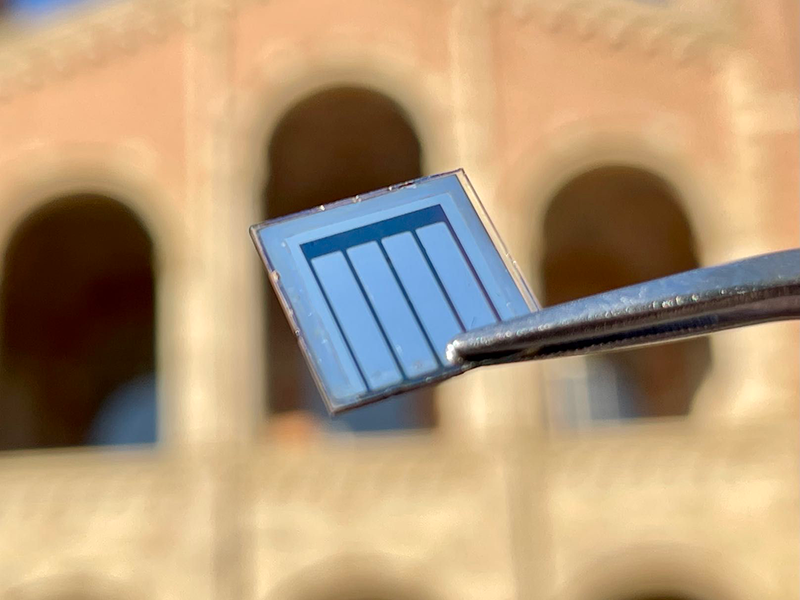 An international team led by UCLA researchers has developed a way to use perovskite in solar cells while protecting it from the conditions that cause it to deteriorate. (image courtesy: Yang Lab/UCLA)

Amid all of the efforts to convert the nation’s energy supply to renewable sources, solar power still accounts for a little less than 3% of electricity generated in the U.S. In part, that’s because of the relatively high cost to produce solar cells.

One way to lower the cost of production would be to develop solar cells that use less-expensive materials than today’s silicon-based models. To achieve that, some engineers have zeroed in on halide perovskite, a type of human-made material with repeating crystals shaped like cubes.

In theory, perovskite-based solar cells could be made with raw materials that cost less and are more readily available than silicon; they also could be produced using less energy and a simpler manufacturing process.

But so far, a stumbling block has been that perovskite breaks down with exposure to light and heat — particularly problematic for devices meant to generate energy from the sun.

Now, an international research collaboration led by UCLA has developed a way to use perovskite in solar cells while protecting it from the conditions that cause it to deteriorate. In a study published in Nature Materials, the scientists added small quantities of ions — electrically charged atoms — of a metal called neodymium directly to perovskite.

They found not only that the augmented perovskite was much more durable when exposed to light and heat, but also that it converted light to electricity more efficiently.

“Renewable energy is critically important,” said corresponding author Yang Yang, the Carol and Lawrence E. Tannas, Jr. Professor of Engineering at the UCLA Samueli School of Engineering and a member of the California NanoSystems Institute at UCLA. “Perovskite will be a game changer because it can be mass produced in a way silicon cannot, and we’ve identified an additive that will make the material better.”

Halide perovskite’s ability to convert light to electricity is due to the way its molecules form a repeating grid of cubes. That structure is held together by bonds between ions with opposite charges. But light and heat tend to cause negatively charged ions to pop out of the perovskite, which damages the crystal structure and diminishes the material’s energy-converting properties.

Neodymium is commonly used in microphones, speakers, lasers and decorative glass. Its ions are just the right size to nestle within a cubic perovskite crystal, and they carry three positive charges, which the scientists hypothesized would help hold negatively charged ions in place.

The researchers added about eight neodymium ions for every 10,000 molecules of perovskite and then tested the material’s performance in solar cells. Working at maximum power and exposed to continuous light for more than 1,000 hours, a solar cell using the augmented perovskite retained about 93% of its efficiency in converting light to electricity. In contrast, a solar cell using standard perovskite lost half of its power conversion efficiency after 300 hours under the same conditions. 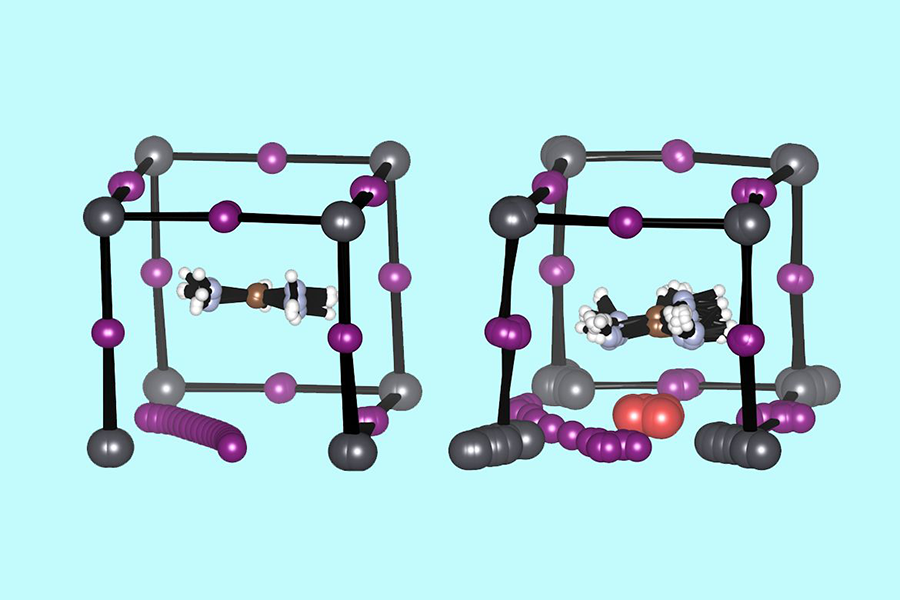 The team also shined continuous light on solar cells without any equipment drawing power, which accelerates the degradation of perovskite. A device using perovskite with neodymium retained 84% of its power conversion efficiency after more than 2,000 hours, while a device with standard perovskite retained none of its efficiency after that amount of time.

To test the material’s ability to withstand high temperatures, the researchers heated solar cells with both materials to about 180 degrees Fahrenheit. The solar cell with augmented perovskite held onto about 86% of its efficiency after more than 2,000 hours, while a standard perovskite device completely lost its ability to convert light to electricity during that time.

In many previous studies aimed at making perovskite more durable, researchers have experimented with adding protective layers to the material, but that has largely failed. The idea to augment the material itself came from lead author Yepin Zhao, a postdoctoral researcher in Yang’s lab. Zhao said he was inspired by a technique commonly used in the production of silicon semiconductors — adding small amounts of other compounds to modify the material’s properties.

“The ions tend to move through the perovskite like cars on the highway, and that causes the material to break down,” Zhao said. “With neodymium, we identified a roadblock to slow down the traffic and protect the material.”

Yang said the advance could help perovskite solar cells reach the market within the next two to three years.