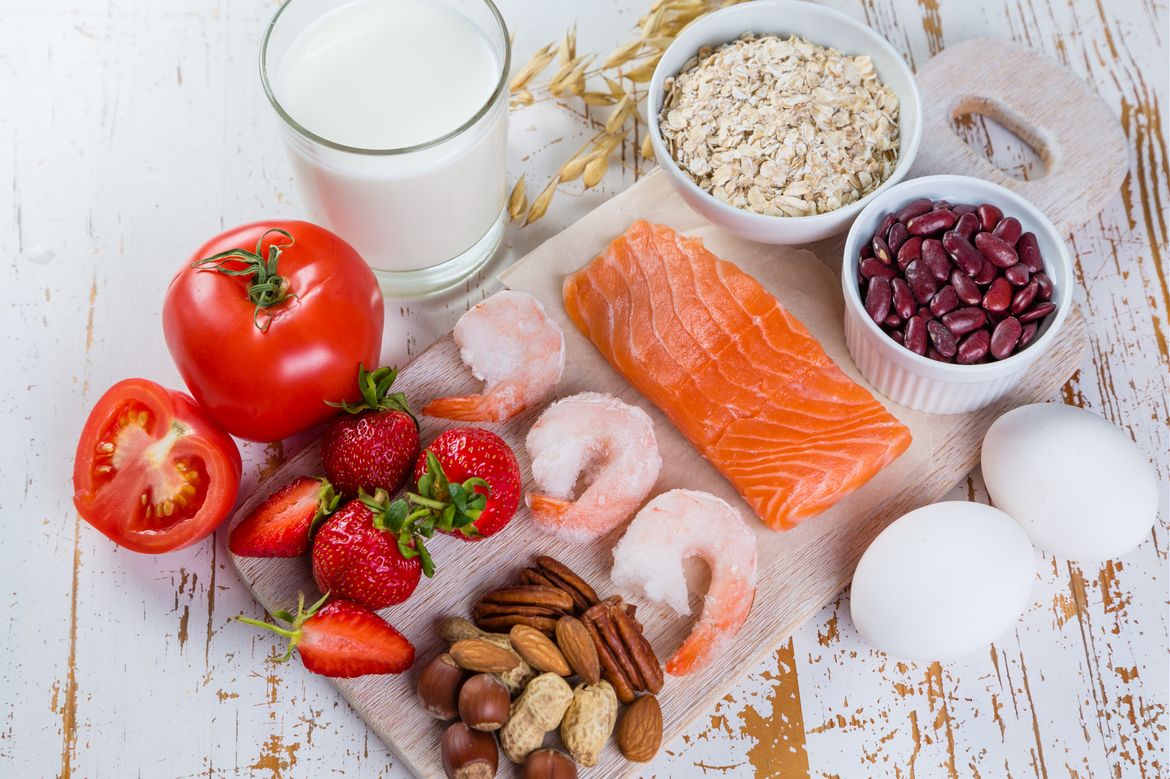 In many children, eggs, milk, nuts, shellfish and other usually harmless food can send the body’s natural defenses into overdrive. (Photo credit: iStock.com/a_namenko)

For about 1 in 13 children in the U.S., usually harmless foodstuffs such as milk, eggs and peanuts can send the body’s natural defenses into overdrive.

Symptoms of food allergies can vary widely, but at worst, a systemwide allergic response can lead to anaphylaxis, a life-threatening condition characterized by a sudden drop in blood pressure and difficulty breathing.

Although there are now some preventive measures for food-induced anaphylaxis, there are not yet any long-lasting solutions — treatments capable of locking the immune system into a state of tolerance, so that it doesn’t respond to allergens.

Now, a UCLA research team has developed a possible way to impart long-term relief from allergies by inducing an active state of immune tolerance.

The technology uses a nanoparticle — a particle so small that it’s measured on the scale of billionths of a meter — to deliver proteins to specific cells in the liver. Those proteins may trigger an allergic response in other organs in the body, but in the liver, they cause the targeted cells to activate a tolerant immune response that switches the allergic response off.

ACS Nano Publication Link, published in ACS Nano, indicates that the platform is effective in preventing allergic reactions to an egg protein when ingested or inhaled. The UCLA researchers also showed that delivering a single piece of a protein that triggers allergies is sufficient to ameliorate the allergic reaction.

“Huge numbers of people suffer from food allergies, amounting to billions of dollars in annual health care costs,” said co-corresponding author Dr. André Nel, director of the University of California’s Center for Environmental Implications of Nanotechnology, or CEIN, and director of research at the California NanoSystems Institute at UCLA. “Normally, asthma and anaphylaxis are treated with an EpiPen syringe as well as anti-inflammatory and immune-suppressive drugs that only provide transient relief. For the problem to go away long-term, we’re looking at the liver to reprogram the immune system to an actively sustained state of nonresponsiveness.”

The liver is an immune-privileged organ, meaning that it is programmed not to respond to foreign proteins called antigens, which can cause allergic or anaphylactic responses elsewhere in the body. The platform developed by Nel and his colleagues spurs the liver to produce regulatory T cells, cells in the immune system that can go everywhere in the body, to calm allergic responses to food allergens.

Nel, who is also a UCLA distinguished professor of medicine and immunologist, said the idea to target the liver came from an intriguing observation from the field of organ transplant medicine.

“If doctors transplant a kidney, they have to give a lot of immune suppression to avoid rejection,” he said. “But if they transplant a kidney plus a liver, very little immune suppression is necessary to protect the kidney because the liver does so. The liver’s secret is the generation of regulatory T cells that protect the kidney from immune rejection.”

In one experiment, the scientists compared their platform with another nanoparticle-based approach that is currently being evaluated in clinical trials. In that technology, developed by and licensed from scientists at Harvard and MIT, cells that present allergens to the immune system are reprogrammed all over the body to switch off overreactive immune responses.

In their test, the UCLA researchers pretreated groups of mice with two injections one week apart to compare the liver-targeting nanoparticles with several versions of the Harvard–MIT approach. The mice were then sensitized to an egg protein in a way that would cause it to trigger asthma-like symptoms under normal circumstances. Starting four weeks after the second injection, the mice were exposed to the allergen through inhalation.

The scientists found that the liver-targeting nanoparticle containing the egg allergen generated regulatory T cells that are programmed to suppress the allergic response to the egg protein — and that it was just as effective as the Harvard–MIT approach in reducing allergic inflammation in the lungs.

In a second experiment using mice, the team found that delivering certain fragments of the egg protein with the liver-targeting nanoparticle enhanced immune tolerance, and it did so better than targeted delivery of the entire protein.

“These results are very exciting,” said first author Qi Liu, a UCLA postdoctoral scholar. “Our preliminary studies showed that our nanoparticles could successfully target cells in the liver and generate regulatory T cells to alleviate inflammation in the airways, and these experiments demonstrated that the platform is also effective against food allergies.”

The scientists plan to explore other conditions that might be addressed with their new approach.

“This platform could be valuable for treating other allergies or autoimmune disease, such as Type 1 diabetes, lupus or rheumatoid arthritis,” said co-corresponding author Dr. Tian Xia, a UCLA associate professor of medicine and member of CEIN. “Ultimately, our goal is to help people.”

The research was supported by the National Institute of Environmental Health Sciences.