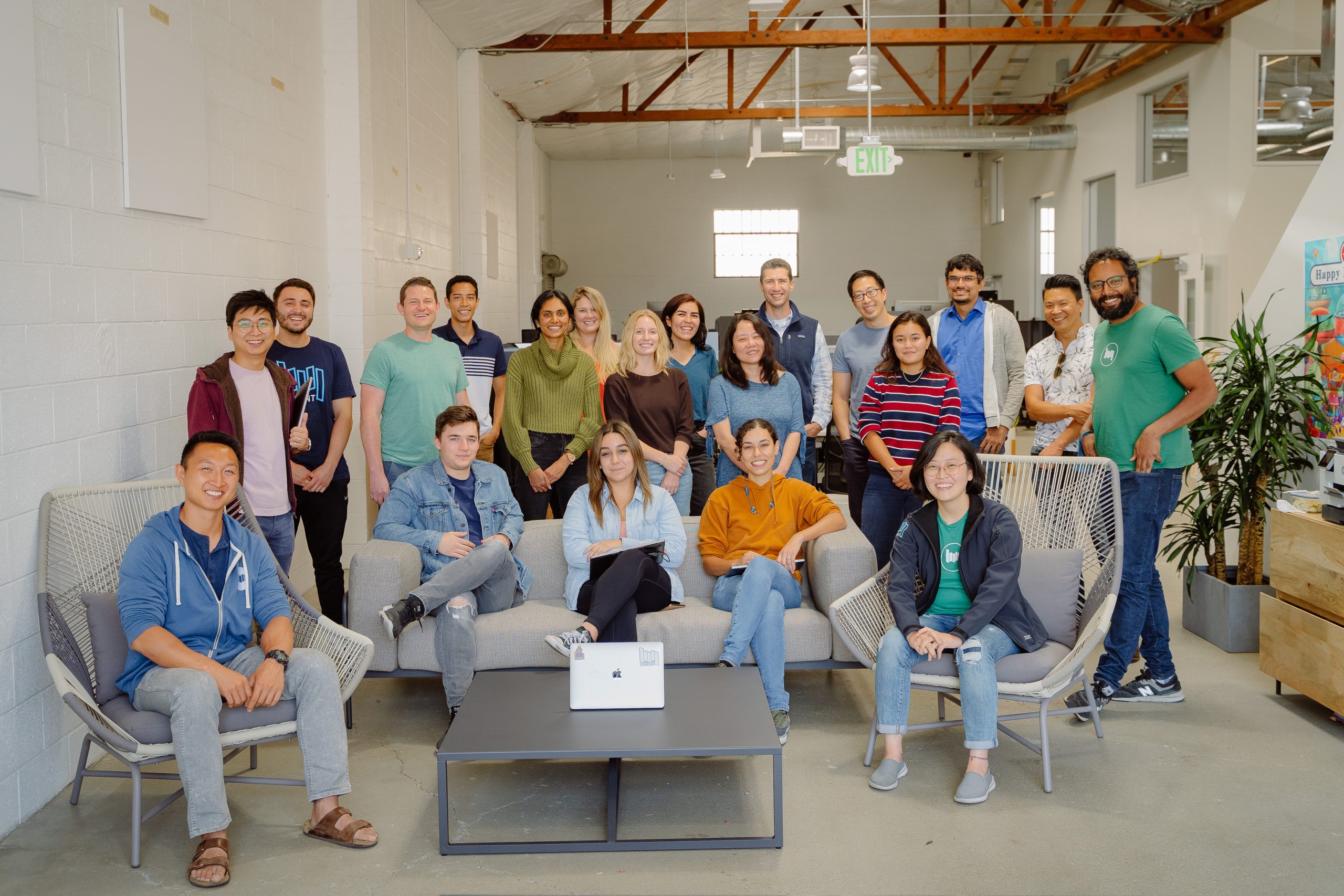 The team, called “Octonauts” are now 40+ strong and passionate about working on seriously hard problems and having fun doing it (Image credit: Idriss Njike).

Octant, known for the company’s contribution of SwabSeq sequencing technology to the campus’s covid testing vending machines, graduated from the CNSI’s Magnify incubator. Co-founded by Sri Kosuri, an associate professor in the chemistry and biochemistry department, Kosuri is also CEO of the biotechnology company and currently on leave from UCLA working to build the company in the San Francisco Bay Area.

Kosuri said he and his colleagues began working in the lab in March of 2020 to see if they could use their preexisting technology for measuring RNA to determine the presence of COVID-19. “SwabSeq technology is quicker and less expensive that widely used method,” said Kosuri. “It’s been 18 months since we openly released the method for SARS-CoV-2 protection and we’ve learned so much from the experience, as researchers and as a growing company.”

Sharing the SwabSeq technology developed while in the Magnify incubator at UCLA, Octant open sourced the back end of the platform, posting the open IP via Twitter to anyone working on mitigating covid. Bringing the technology to market happened in record time, only six months, which is a process that normally takes years.

“The RNA sequencing technology is quite simple,” said Kosuri. “A lot of people said this would never work and look where we are at now. We knew that if we didn’t make SwabSeq happen, no one else would have.”

Now, UCLA’s diagnostic laboratory, thanks to a recent contract from the National Institutes of Health’s Rapid Acceleration of Diagnostics initiative, or RADx, can process up to 150,000 COVID-19 tests per day using the SwabSeq technology. And a dozen Covid-19 test vending machines exist on campus.

“Today, and every day, thousands of people from healthcare workers to students at many universities are being tested using the method,” said Kosuri.

Octant now looks beyond the horizon toward their drug discovery ambitions.

Octant’s technology platform allows them to enable experiments through a parallel experimental lens that can see problems and solutions that can’t otherwise be seen, giving rise to new approaches in drug discovery and treatments.

According to Kosuri, “our approach is called ‘cellular intelligence’ which is meant to ask questions directly within the world we are given by engineering human cells to compute for us. This allows us to take on the challenges of complex diseases that haven’t seen much progress in terms of treatment or drug discovery.”

The team, called “Octonauts” are now 40+ strong and passionate about working on seriously hard problems and having fun doing it. Five of the Octant team are UCLA alumni and the company is always actively looking for great talent, including from the Bruin community.

“We know we are using unconventional approaches,” said Kosuri. “When we developed SwabSeq we were a 20-person drug discovery company who had no business launching a diagnostic. But the question we continually ask ourselves is, if we won’t do it…who will?”

Thanks to Octant and the collaboration that takes place at UCLA between startup companies at incubators such as Magnify and the collaboration of researchers and scientists, we are making use of low cost and routine asymptomatic testing for our campus community and UCLA healthcare workers.

“There is no better time for us to build the next generation of therapies for patients than now,” said Kosuri. “I am encouraged that we are entering a new age of biology where those that feel like they can make a difference have increased ability to make it happen. The world is counting on it.”