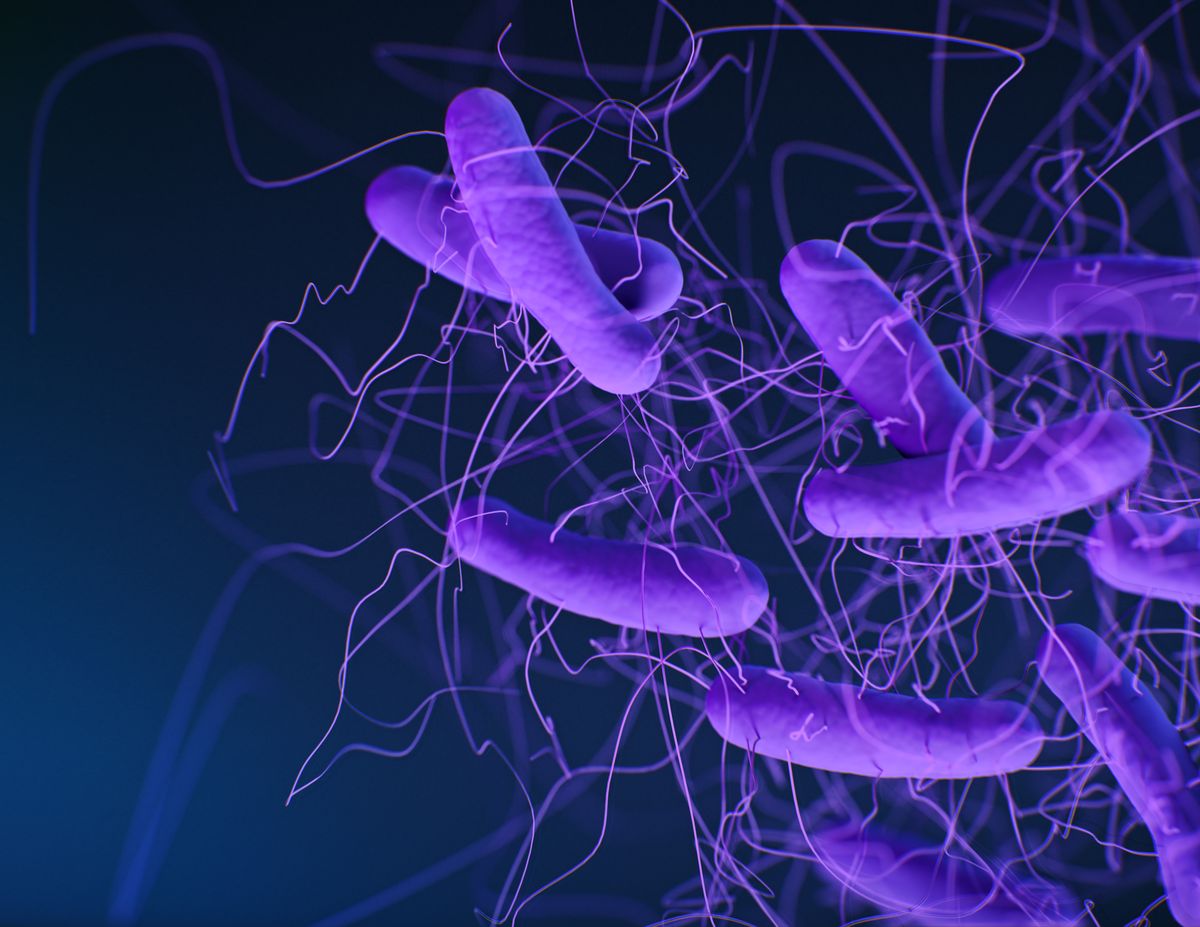 Research led by scientists from UCLA and Harvard University has uncovered details about how the bacterium Clostridioides difficile causes excessive inflammation in the gut that can lead to potentially deadly colitis. Studying C. difficile toxin A, one of two toxins released by the bacterium, the researchers produced two key findings.

They pinpointed which part of the toxic protein can permeate cell membranes to gain entry to cellular structures called endosomes, demonstrating that even fragments of the protein that contain that key segment are capable of accessing endosomes.

In addition, they revealed how the toxin molecule causes inflammation, which has been a long-standing mystery because such molecules are generally quickly digested in the gut. The scientists found that toxin A — and surprisingly even fragments of the toxin — can organize DNA into ordered crystalline particles that amplify an immune response by binding to multiple TLR9 receptors, which are normally part of the body’s early detection system for microbial DNA. The findings demonstrate that this mechanism causes the body’s natural defenses to produce excessive inflammation.

Infection from C. difficile in the gut can cause life-threatening colitis, with nearly 500,000 cases and 29,000 deaths in the U.S. alone each year, according to the Centers for Disease Control and Prevention.

Older patients who have been treated with antibiotics are at particular risk from C. difficile, which is resistant to a number of antibiotics. The bacterium is usually harmless when it is kept in check by symbiotic microbes normally found in the human gut. However, when the gut microbiome is suppressed by antibiotics, C. difficile can take over: Its toxins can spur a severe autoimmune response that causes symptoms such as diarrhea, cramping, fever and nausea.

Jaime de Anda, a graduate student in bioengineering at UCLA, is the study’s co-first author, along with Xinhua Chen and Xiaotong Yang of Harvard Medical School. Corresponding authors are Gerard Wong, a UCLA professor of bioengineering and member of the California NanoSystems Institute at UCLA, and Chen. Other authors are Jun Huang, Dan Li, Hua Xu, Kelsey Shields, Joshua Hansen, Marianne Grant and Ciarán Kelly of Harvard; Mária Dzunková of the Lawrence Berkeley National Laboratory; Ishan Patel of Stony Brook University Hospital in New York; Eric Yee of the University of Arkansas; and Douglas Golenbock of the University of Massachusetts.

The study is published online in the journal Gastroenterology

The study was funded by the National Institutes of Health, the National Science Foundation, the DOE, the Irving W. and Charlotte F. Rabb Award, and the Crohn’s and Colitis Foundation of America.