March 15, 2018 | How Michael Jung’s team created a drug to extend the lives of men with prostate cancer

For the UCLA chemistry professor, it started with a question from his wife 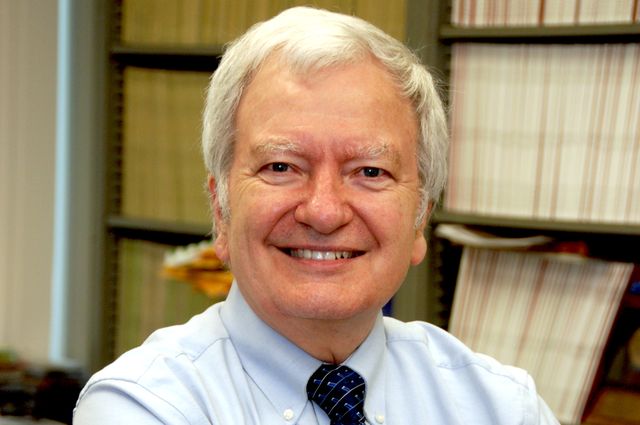 F ifteen years ago, Michael Jung was already an eminent scientist when his wife asked him a question that would change his career, and extend the lives of many men with a particularly lethal form of prostate cancer.

“When I turned 55 — I’m now 70 — my wife, Alice, said to me, ‘What do you want to do for the rest of your life, more of the same?’” recalled Jung, a UCLA distinguished professor of chemistry and biochemistry. “I said that didn’t sound like such a bad idea until you put it that way.”

“I really thought seriously,” said Jung, who at the time was an organic chemist who designed new synthetic molecules and conducted pure, rather than applied, research. “If you’re going to change anything, you better do it soon. I decided to do what I had always wanted to do, but never had the guts to try: I would change my research group from synthetic chemistry to drug discovery to see if we could create a drug for some human disease. That’s a ridiculously grand goal because you can work 40 years in the pharmaceutical industry, know exactly what you’re doing and still never produce a drug. But I figured if you’re going to have a goal for the rest of your life, it might as well be a big one. And, even if I failed miserably, people would just say, Mike Jung must have taken early retirement.”

“I didn’t know a thing about prostate cancer,” Jung acknowledged, “but I said, ‘Great idea,’ and that’s how we got started.”

In his laboratory, Jung designs molecules that do not exist in nature. Sawyers, then a professor of medicine and molecular pharmacology at UCLA (currently a Howard Hughes Medical Institute investigator and chair of the human oncology and pathogenesis program at Memorial Sloan-Kettering Cancer Center in New York), and his research group tested many molecules that Jung’s research group had made, two of which looked extremely promising.

One of those molecules, enzalutamide, which is known commercially as Xtandi, was approved by the Food and Drug Administration in August 2012, and has been used by thousands of men with castration-resistant prostate cancer.

The other molecule, now known as apalutamide and marketed as Erleada, was approved by the FDA Feb. 14, 2018 for treating men who have an earlier form of prostate cancer called nonmetastatic castration-resistant prostate cancer.

The UCLA Technology Development Goup, which is ranked as a national leader in converting research discoveries into medications and other products and services that benefit the general public, licensed apalutamide and enzalutamide to the private sector for development into medications.

The phase 3 clinical trial for Erleada was conducted at 332 locations in 26 countries, with 1,207 patients who had a rapidly rising prostate specific antigen and whose CT scans showed no evidence that the cancer had spread beyond the prostate — 806 of whom were given 240 milligrams daily of Erleada and 401 of whom were given a placebo.

The data supporting Erleada’s effectiveness and safety were so strong that the FDA decided to end the trial a couple of years ahead of schedule (after slightly more than three years). During the trial, the patients and their doctors did not know who was receiving Erleada and who was receiving the placebo; when the trial was cut short, the men taking the placebo were given the option of taking the pharmaceutical. The FDA had also cut the original Xtandi trial short because of that drug’s effectiveness.

The phase three trial for Erleada showed that, after 16 months, on average, men taking the placebo had their cancer spread from the prostate to other areas — such as the bones, lymph nodes or brain — while for those men taking Erleada, the time before the prostate cancer began to spread was extended to more than 40 months, on average. This result was observed in men in all age groups.

Erleada can be taken before men show any spread of the cancer, when their prostate specific antigen level is high. PSA is a biomarker for prostate cancer; the higher the PSA level, the more cancer there is. Seventy percent of men older than 70 get prostate cancer, but it is usually very slow-growing, and men typically die with the cancer, not from it.

How does Erleada, owned by Johnson & Johnson, work in a disease that used to be considered untreatable?

Prostate cancer progresses when testosterone binds to a molecule called the androgen receptor. Jung wanted to stop this binding.

“I thought if we could stop that — or if we could interrupt the binding of testosterone to its receptor — we could slow down the growth of the cancer,” Jung said.

The standard treatment for aggressive prostate cancer is chemical castration or “androgen ablation,” which greatly decreases the production of testosterone and deprives the body of androgen, slowing the progress of the cancer significantly. But for a very high percentage of those patients who relapse and then develop castration-resistant prostate cancer, there was no known treatment.

Xtandi now allows men with this disease to live longer and healthier lives. Erleada will probably do the same.

Side effects from Erleada and Xtandi, such as fatigue and rash, are not very severe, Jung said.

Results of the Erleada clinical trial were presented at an oncology conference last month in San Francisco by Eric Small, a professor of medicine at UC San Francisco, who led the phase three trial.

Jung’s research was funded by the National Institutes of Health’s National Cancer Institute and the Prostate Cancer Foundation.

Jung is now designing new molecules that degrade the androgen receptor in research with Matthew Rettig, associate professor of hematology-oncology at the David Geffen School of Medicine at UCLA.