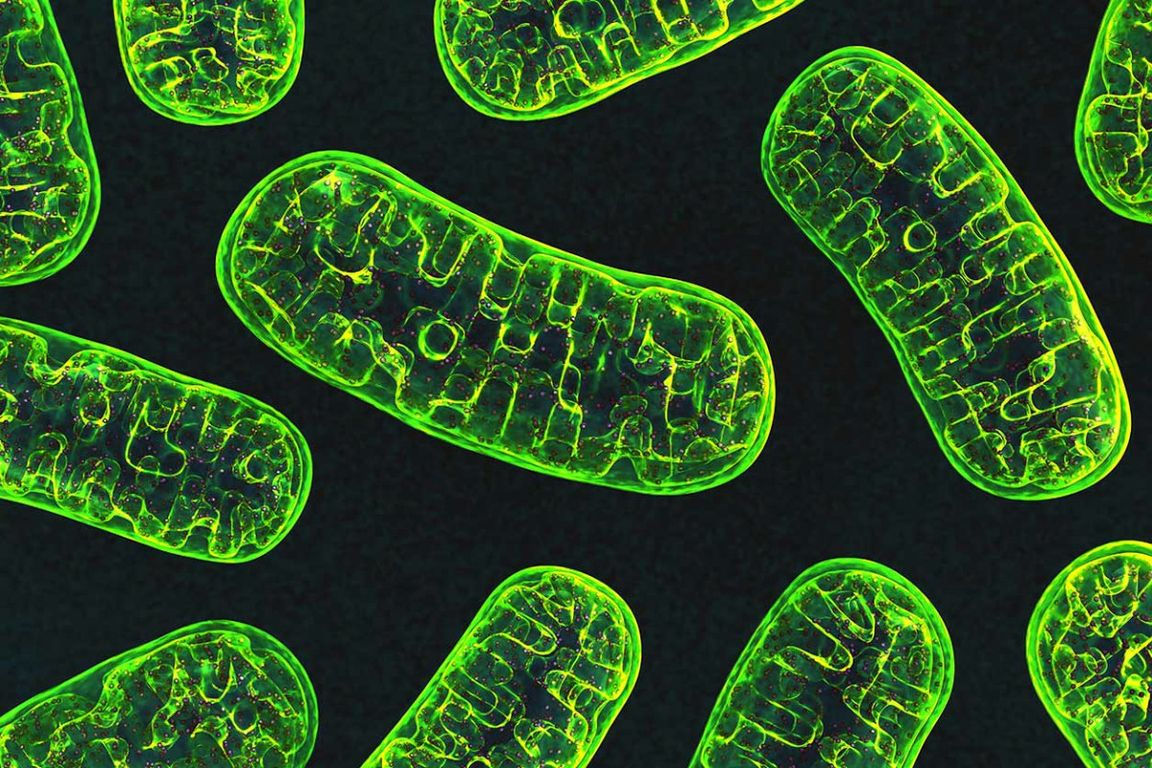 Disruptions in the fission of mitochondria, the structures within cells that make energy, are behind a host of other ailments, including cancer, diabetes and heart disease (Image credit: National Institutes of Health)

As scientists work toward finding a cure for Parkinson’s disease, one line of research that has emerged focuses on mitochondria, the structures within cells that make energy. The health of those structures is maintained through a quality control system that balances two opposite processes: fission — one mitochondrion splitting in two — and fusion — two becoming one.

When there’s a problem with fission, that system is thrown out of balance. The consequences can include neurodegenerative diseases, such as Parkinson’s disease, and other serious conditions.

For years, scientists have known that one particular protein, called Drp1, is a master regulator of mitochondrial fission, but little else about how Drp1 is controlled by other proteins. Essential processes in biology are governed by complex biochemical chain reactions among such proteins. Scientists call these chain reactions signaling pathways.

Now, a research collaboration led by UCLA investigators has brought new light to the mechanisms controlling Drp1 and the fission of mitochondria. The findings could advance the fight against Parkinson’s and a variety of other diseases.

The study, published today in Nature Communications, found that a protein in humans called CLUH (pronounced “clue-H”) acts to attract Drp1 to mitochondria and trigger fission. In experiments with fruit flies that were genetically engineered with an analog for Parkinson’s disease, the team showed that damage from the disease could be reversed by increasing the amount of a protein that scientists call “clueless,” which is the fruit fly equivalent of CLUH.

“With a critically important pathway such as Drp1, there might be multiple proteins we could use to intervene and ultimately control Parkinson’s disease,” said Dr. Ming Guo, the corresponding author of the study and a professor of neurology and of molecular and medical pharmacology at the David Geffen School of Medicine at UCLA. “When we modified clueless in flies, symptoms analogous to Parkinson’s disease improved substantially.”

Guo’s research focuses on neurodegenerative conditions, but disruptions in the fission of mitochondria are behind a host of other ailments, including cancer, diabetes and heart disease, as well as some developmental defects that lead to infants’ death.

“These findings should provide significant insight to the scientific community, not only into understanding fundamental principles of biology but also for improving human health,” said Guo, who is also a member of the California NanoSystems Institute at UCLA.

Images of muscle cells in a healthy fruit fly (left), of degenerated cells in an untreated fly model for Parkinson’s disease (middle) and of cells from a Parkinson’s disease model altered to have high levels of a protein called clueless (right). Different dyes were used for the top and bottom rows. (Image credit: Guo Lab/UCLA)

Fruit flies that had been genetically engineered to lack clueless — a manipulation that dramatically shortens their lifespans — lived up to nearly four times as long when the researchers administered more Drp1 protein. That striking recovery indicated that clueless’s ability to control mitochondrial fission works through Drp1.

The team further showed that both clueless in flies and CLUH in human cells recruit free-floating Drp1 from within a cell to attach to receptors on the surface of mitochondria. In addition, the researchers discovered that CLUH in human cells helps translate the genetic instructions found in messenger RNA into the protein for Drp1 receptors on the surface of mitochondria. More available Drp1 receptors means that more Drp1 can be recruited in order to trigger fission.

Guo’s research group is continuing to investigate how CLUH controls mitochondrial fission and its impact in cellular and organism health.

“In the future, we hope to identify a mechanism with such precision that it only affects Parkinson’s disease, so patients can derive maximum benefit,” she said.

The study’s first author is Huan Yang, a UCLA postdoctoral researcher. Other authors are Jina Yun, a former UCLA postdoctoral researcher; Caroline Sibilla, a former graduate student at the National Institutes of Health; Raymond Liu, Bruce Hay and David Chan of Caltech; Dr. Craig Blackstone of Harvard Medical School; and Robert Harvey of the University of Sunshine Coast in Australia.

The study was funded by the National Institutes of Health, the Wellcome Trust, the Glenn Foundation for Medical Research, the Louis B. Mayer Foundation, the Renee and Meyer Luskin Family Fund, the B. Freeman and R. Spogoli Fund for Aging and Neurodegeneration, and the UCLA Laurie and Steven Gordon Commitment to Cure Parkinson’s Disease.