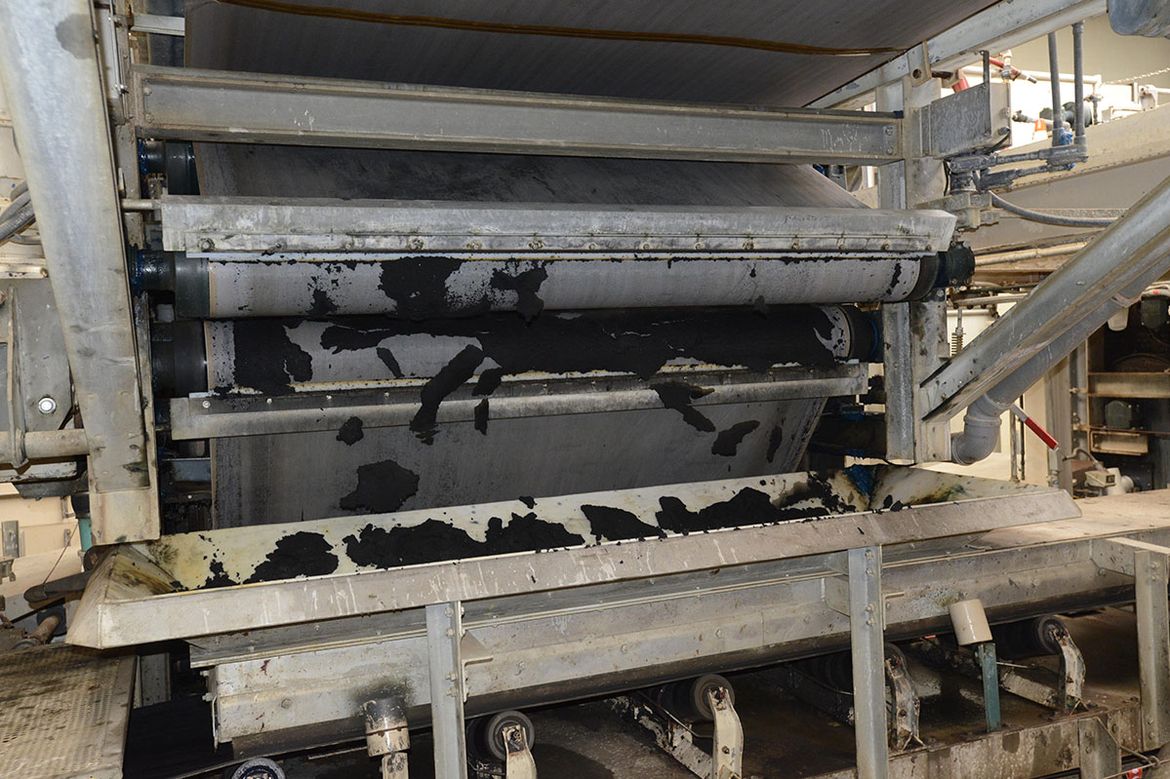 A study by UCLA scientists raises a concern about the makeup of some of the fertilizer being used on crops, gardens and landscaping. A portion of the fertilizer used in the U.S. and around the world comes from a source you might not expect: wastewater treatment plants.

The UCLA research suggests that fertilizer could contain far more plastic particles — as much as 25 times more — than was previously suspected.

How tiny particles of plastic called microplastics wind up in fertilizer is somewhat complicated. But in part it’s because so many of the products we use every day come in plastic containers, and minuscule fragments from those containers work their way into everything from skin care products to laundry detergent.

Then, when people wash their hands or launder their clothes, those microplastics enter our water systems, eventually traveling to treatment plants, where wastewater is processed so it can be reused. As part of that processing, the treatment facilities remove microplastics, as well as biowaste and other contaminants, from the wastewater and turn those components into biosolids, about half of which are used as fertilizer on crops.

Scientists had long figured that some small amount of microplastics end up in that fertilizer. But the UCLA study suggests that the concentration of microplastics could be dramatically higher than the previous assumption. More research would be required to prove whether that is the case, but if it is, the finding could have implications for human health and the environment.

“This is an important discovery because it points out what we don’t know about microplastics in wastewater biosolids and the possible associated risks of using biosolids to grow our food,” said Eric Hoek, a co-author of the paper, UCLA professor of civil and environmental engineering and faculty director of the UCLA Sustainable LA Grand Challenge.

The paper, published in the journal ACS ES&T Water, analyzed findings from 76 previous studies on wastewater treatment from 24 countries.

“You can detect when microplastics come in to treatment plants, but the moment they’ve gone through the treatment, we can’t detect most of them anymore,” said Sanjay Mohanty, a UCLA professor of civil and environmental engineering and the study’s corresponding author. “Since most plastic materials are not readily biodegradable, our concern is the biosolids produced by treatment plants contain a lot of pollutants that could stick to the microplastics.”

Microplastics also are released into the environment through industrial processes and when plastic products disintegrate. The particles can be smaller than 1 micrometer or as large as 5 millimeters — the small, broken pieces of plastic containers one might find on a beach are considered microplastics, for example.

Because they can absorb heavy metals, including cadmium, copper and zinc, research has suggested that microplastics could be toxic at high concentrations. “These plastics, wherever they go, those pollutants also go there,” said Mohanty, a member of the UCLA Institute of the Environment and Sustainability.

And because the particles are so small and lightweight, Mohanty said, it’s difficult to account for how they might disperse when the biosolids containing them are used as crop fertilizer — even a light breeze could spread them in unpredictable ways. And in the soil, microplastics can be taken up by plants’ roots.

“We don’t know the risk at this level,” Mohanty said. “All we know is that biosolids may have a lot more microplastics than we measured before, and they could have potential unintended consequences.”

The use of the biosolids in agriculture has historically been seen as beneficial because it offers a lower-cost alternative to traditional fertilizers and it can reduce the amount of waste going into already-overtaxed landfills. Mohanty said it is possible that microplastics become so degraded by the time they enter biosolids that the current approach poses no health risk. But if further research were to determine that microplastics in biosolids are dangerous, Mohanty said, a new approach would be required.

The core issue is not with how wastewater is managed, but how the biosolids are handled, Mohanty said. “If you incinerate them, all of the plastics are burned. If you put them in a landfill, they’re likely trapped there. But if you apply them to crops as fertilizer, that’s where they could be released.”

“We don’t know what the potential issues could be of having these fine plastics in biosolids,” Mohanty said. “They have been there for 50 years. We don’t need to panic; we just need to know the unknown.”