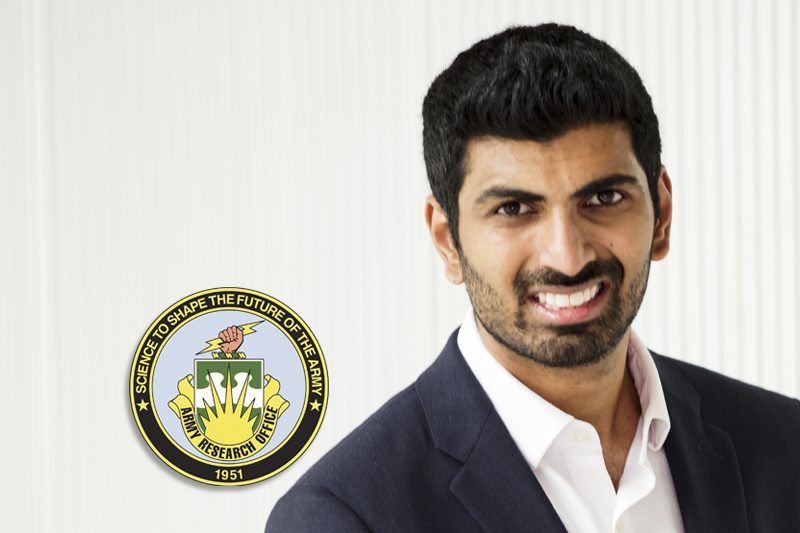 Assistant Professor Achuta Kadambi at the UCLA Samueli School of Engineering has received a Young Investigator Program (YIP) award from the Army Research Office to support his ongoing research into incorporating fairness in the development of imaging and sensing technologies.

The three-year, $360,000 award will support a research project involving a new camera design that can produce photographs less prone to bias towards certain skin tones. Kadambi and his students in the Department of Electrical and Computer Engineering will develop a hardware design that would use neural networks to manipulate the electronics and optics of the camera in order to remove implicit bias.

Traditional RGB (red-green-blue) images composed of pixels with these three colors often accentuate differences in skin color. Kadambi’s camera design will incorporate an algorithm that does not solely rely on the use of the RGB format. Instead, the system will utilize information from supplemental data, such as heat-based thermal imaging, in order to reduce the undue impact of an individual’s skin color.

Developing new imaging and sensing technologies to improve equity in devices has been an important research focus for Kadambi, who was recently featured in the journal Science where he discussed how medical devices can be fundamentally biased due to the laws of physics.

Kadambi leads the Visual Machines Group at UCLA, and has received several other notable early-career awards, including the National Science Foundation’s CAREER Award and a Google Faculty Research Award. He has been elected a senior member of the National Academy of Inventors, and was named to Forbes’ 2019 “30 Under 30”list in science. Kadambi is also the co-founder and chief scientist for Akasha Imaging, a venture-backed startup that designs camera hardware and artificial intelligence to enhance computer vision.

The Army Research Office is a division of the U.S. Army Combat Capabilities Development Command’s Army Research Laboratory. The awards program of the division is among the most prestigious in the country for younger researchers and faculty. In particular, YIP grants are meant to incentivize and support the work of outstanding university faculty members, especially those who are early in their careers.