by UCLA Chemistry and Biochemistry Newsroom 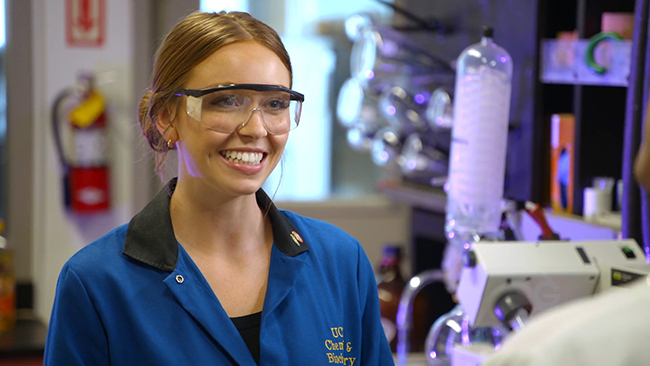 This article was originally published by UCLA Chemistry and Biochemistry

Jimoh and Knapp are interviewed about their research in the latest episode of Vinokur’s educational streaming platform for K-8 schools, Generation Genius. The episode titled “How to be a Scientist (College & Careers)”, which was filmed on campus, showcases the diversity of research and researchers across UCLA, with a goal of inspiring the next generation of scientists and engineers. The 17-minute episode can be viewed here.

In 2018, after receiving his Ph.D. in Biochemistry, Molecular, and Structural Biology from UCLA with Professor James Bowie, Vinokur co-founded Generation Genius with Eric Rollman (former president of Marvel TV & Animation). Generation Genius is currently used by more than 1 million students each week and 20% of all elementary school schools in the United States have subscriptions.

Knapp is a Chemistry Ph.D. student conducting research in Professor Neil Garg’s group. Her research interests include medicinal chemistry and utilizing unconventional building blocks, such as amides and strained intermediates, in chemical synthesis. 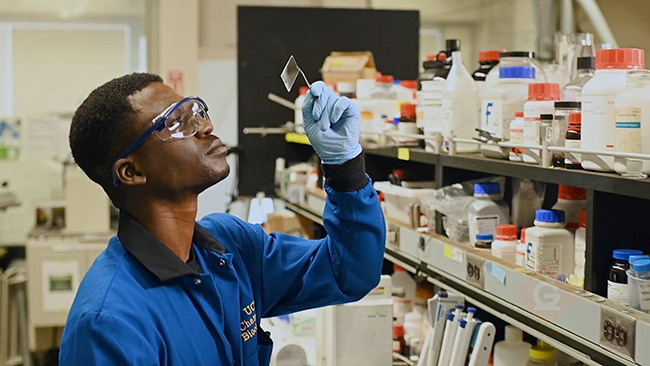 In the video, materials science and engineering graduate student Francis Jimoh (Kaner lab) shares his story about growing up in Nigeria and his mission to bring energy solutions to Africa.

Jimoh is a Materials Science and Engineering Ph.D. student conducting research in Professor Richard Kaner’s group. His research interest is focused on the design, synthesis, and characterization of materials for energy and the environment. This includes photovoltaics for energy generation, microsupercapacitors for energy storage, and membranes for gas separation. In addition to his research, Jimoh is an active volunteer for the California NanoSystems Institute Education Program, which focuses on bringing nanoscience to K-12 educators and students. 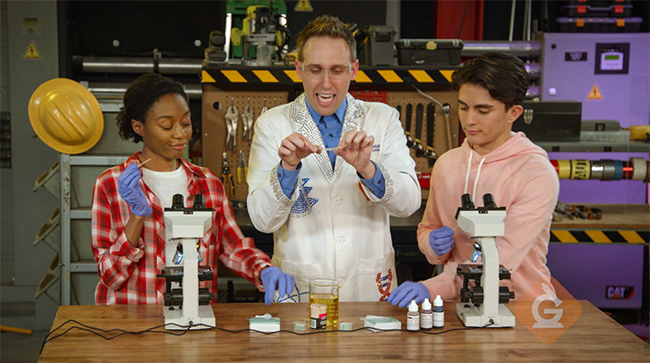 Vinokur stars in the video, explaining the various types of STEM subjects that students can study at UCLA.

With all science topics now complete the company plans to translate the videos and lessons into Spanish and expand to Math lessons.