Electrode could enable electric cars that charge in minutes 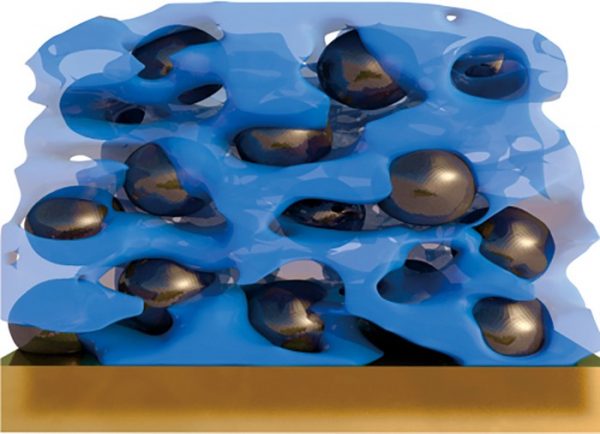 This article was originally published by Chemical & Engineering News

Every year, electric vehicles’ driving range grows. But the hours it takes to recharge their batteries slows them down. Researchers now report a battery electrode based on 2D black phosphorus that they say could be used to make batteries that could power a car for 600 miles, and charge in under 10 minutes (Science 2020, DOI: 10.1126/science.aav5842).

Today’s electric vehicle batteries have a graphite anode and a lithium metal oxide cathode. These materials need to be good at three things: holding a lot of lithium ions, moving them around quickly, and maintaining stability over the battery’s lifetime. A battery that maximizes all three metrics is the highest goal of battery research, says Hengxing Ji, a chemist at the University of Science and Technology of China. But improving one usually comes at the expense of the others.

Prioritizing the need to extend electric vehicles’ driving range, researchers have spent years improving battery cathodes. Only recently has focus shifted to the anode, and to charging speeds. Lithium ions move sluggishly through graphite, slowing down charging, and the material also can’t hold much lithium, which limits how much energy it can store, a metric called energy density.

Ji, Xiangfeng Duan at the University of California Los Angeles, and their colleagues are focusing on a new anode contender: black phosphorus. The highly conductive material shares some of the advantages and drawbacks of another emerging anode material, silicon. Its energy density is quite high, but as with silicon, this can be a liability. Both materials swell drastically as they take up large amounts of lithium ions during charging—eventually they deteriorate under the stress. Various black phosphorus-based anodes made so far have yet to meet the material’s potential, Ji says.

He and his colleagues—including Nobel Prize–winning battery chemist John B. Goodenough—made their anodes with composite particles of black phosphorus and graphite coated with a thin polyaniline gel. Black phosphorus particles are made of layered nanoflakes, the edges of which tend to deform, hindering the movement of lithium ions. But the new material has a stronger structure because of covalent bonds between phosphorus and carbon atoms, which eases ion transport. The polyaniline soaked up the electrolyte and formed a thin, stable protective layer at the anode. This layer conducted lithium ions but prevented the formation and build-up of less conductive inorganics such as lithium. It also suppressed the anode’s volume changes.

When paired with a conventional cathode and tested in a battery, the anode showed a charge capacity of 500 mAh/g at a high current density of 13 A/g, and kept 90% of this capacity after 2000 charge cycles. With the right cathode materials and careful engineering, this could lead to a lithium-ion battery that charges in minutes and has an energy density that is 50% higher than today’s best batteries, enabling a driving range of 600 miles between charges.

The new anode has an impressive combination of properties, says Yury Gogotsi, a materials scientist and engineer at Drexel University. The challenge now is to make the material practical. “Black phosphorus is more difficult to manufacture compared to graphite or silicon,” he says. Making practical battery cells will also require developing matching high current density cathodes, which could be difficult. Nonetheless, “this is smart engineering,” Gogotsi says. “This shows that there may be an alternative to silicon-based anodes.”