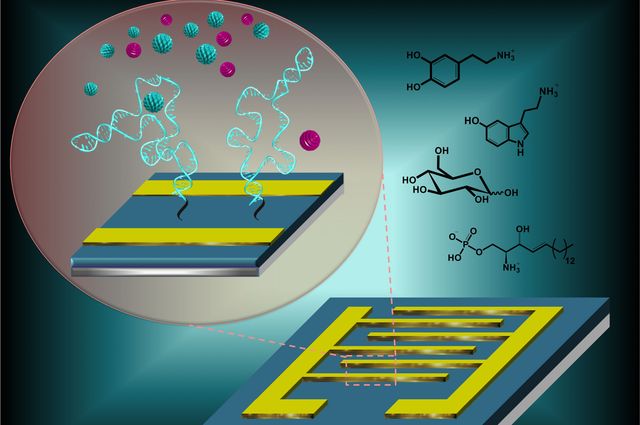 To observe chemicals in the brain in more detail than previous methods allowed, the scientists paired tiny artificial receptors with semiconductors that can function in living tissue. (Image credit: Nako Nakatsuka)

UCLA and Columbia University researchers have developed a new method for tracking the activities of small molecules in the brain, including the neurotransmitters serotonin and dopamine.

“Understanding the fundamentals of how neurotransmission occurs will help us understand not only how our brains work, but what’s going on in psychiatric disorders,” said Anne Andrews, the study’s lead author, a UCLA professor of psychiatry and chemistry.

The research, which was published in the journal Science, is part of the BRAIN Initiative, a collaboration among government, private industry, nonprofits, and colleges and universities.

To observe chemicals in the brain in more detail than current methods allow, the team developed a new strategy: pairing tiny artificial receptors with semiconductors that can function in living tissue.

The idea for the project began 20 years ago. While researching serotonin, Andrews realized that the then-state-of-the-art methods for monitoring neurochemicals couldn’t provide data with sufficient quality, and she determined she needed a totally new technology. 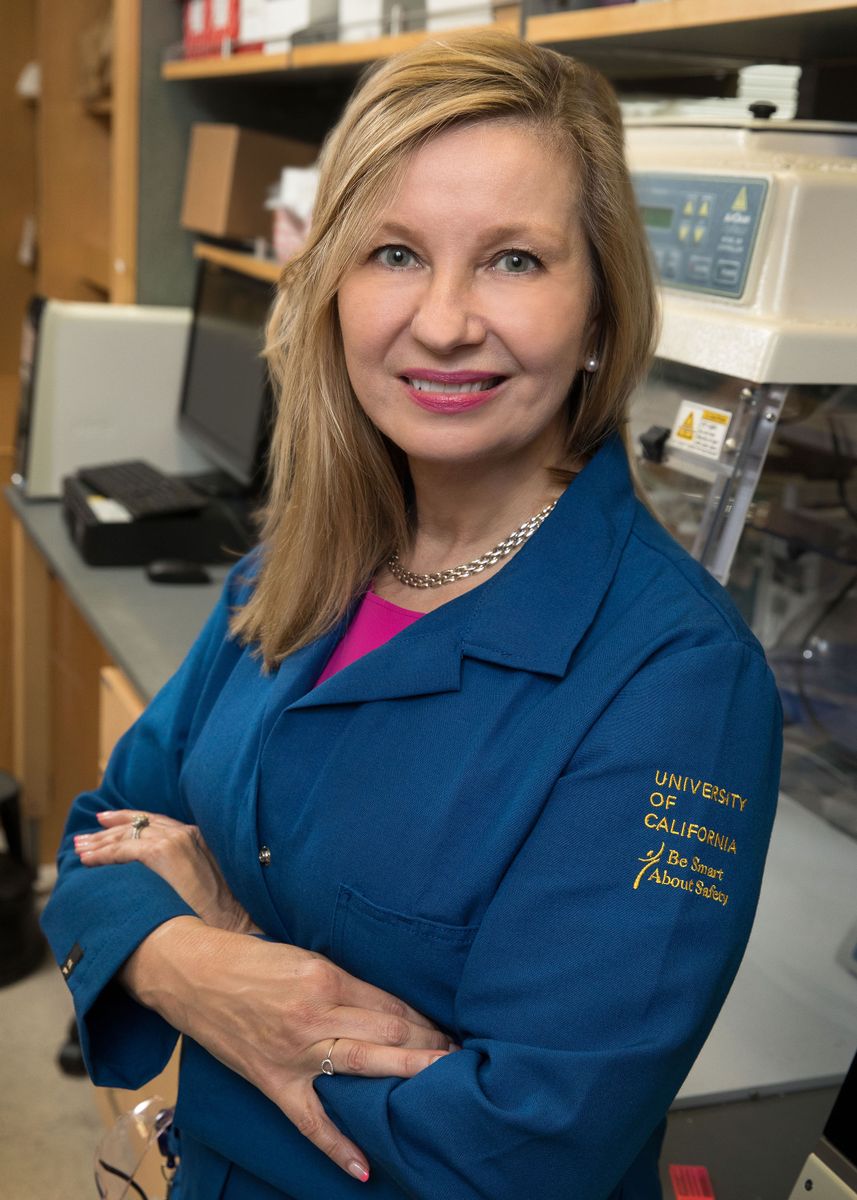 Andrews envisioned coupling engineered receptors, to bind neurotransmitters, with a nanoscale transistor, to relay the information. A major hurdle, however, was that the required transistors, which are basic units of computers and cell phones, don’t work well in wet, salty environments.

“The workhorse of any transistor is the semiconductor,” Andrews said. “But when you put it in saltwater, the salt ions — charged atoms — line up on the semiconductor surface, and shield it, preventing detection of electric field changes. This is known as the ‘salt-shield’ problem.”

Andrews also worked with Milan Stojanovi? and Dr. Kyung-Ae Yang, both of Columbia, who were using nucleic acid receptors. Known as aptamers, these receptors have the benefit of being smaller than the bulkier protein receptors that previous research had focused on.

“Our breakthrough was that we used a different kind of receptor that was biologically inspired — after all, life began with RNA,” Andrews said. “This enabled us to overcome the salt-shield problem.”

In the new research, the team successfully identified and tested receptors for serotonin, dopamine, glucose and a lipid involved in cancer. The receptors were found to be selective and effective, even in brain tissue from mice.

The method can be used to study numerous types of molecules — to learn, for instance, how drugs change with time in the brain or other organs, how blood pressure is regulated or how signaling molecules associated with the gut microbiome ebb and flow.

Andrews’ main interest still lies in serotonin and its roles in psychiatric disorders like depression and anxiety.

“To develop dramatically better treatments, scientists need to understand how the human brain encodes information about anxiety or mood — processes that can go awry, sometimes with devastating consequences,” she said.

The team is now testing the strategy to measure neurochemicals in the brains of live animals.

The research was supported by grants from the National Institutes of Health, the National Science Foundation, Cal-BRAIN, NantWorks, Hewlett-Packard, the Merkin Family Foundation and the China Scholarship Council.

Nakatsuka, Kyung-Ae Yang, Weiss, Stojanovi?, and Andrews have filed for a patent on stem-loop receptor-based field-effect sensor devices for sensing at physiological salt concentrations. Stojanovi? has patent applications pending and a startup company and earns consulting income for work on small-molecule aptamers.

Learn more about the neuroscience research theme at the David Geffen School of Medicine at UCLA.