Light computes any desired linear transform without a digital processor 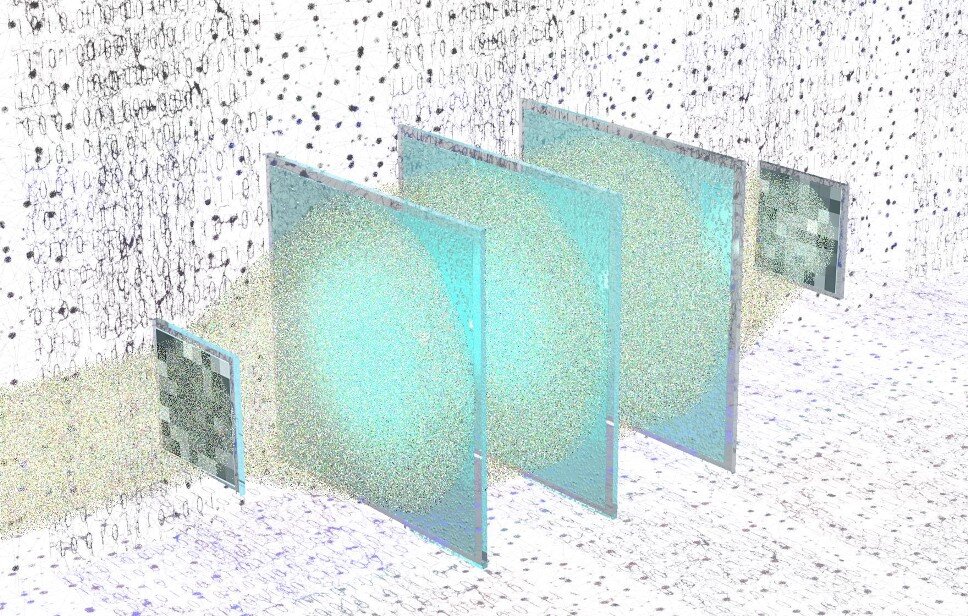 Different forms of linear transformations, such as the Fourier transform, are widely employed in processing of information in various applications. These transformations are generally implemented in the digital domain using electronic processors, and their computation speed is limited with the capacity of the electronic chip being used, which sets a bottleneck as the data and image size get large. A remedy of this problem might be to replace digital processors with optical counterparts and use light to process information.

In a new paper published in Light: Science & Applications, a team of optical engineers, led by Professor Aydogan Ozcan from the California NanoSystems Institute (CNSI) and the Electrical and Computer Engineering Department at the University of California, Los Angeles (UCLA), and co-workers have developed a deep learning-based design method for all-optical computation of an arbitrary linear transform. This all-optical processor uses spatially-engineered diffractive surfaces in manipulating optical waves and computes any desired linear transform as the light passes through a series of diffractive surfaces. This way, the computation of the desired linear transform is completed at the speed of light propagation, with the transmission of the input light through these diffractive surfaces. In addition to its computational speed, these all-optical processors also do not consume any power to compute, except for the illumination light, making it a passive and high-throughput computing system.

The analyses performed by the UCLA team indicate that deep learning-based design of these all-optical diffractive processors can accurately synthesize any arbitrary linear transformation between an input and output plane, and the accuracy as well as the diffraction efficiency of the resulting optical transforms significantly improve as the number of diffractive surfaces increases, revealing that deeper diffractive processors are more powerful in their computing capabilities.

The success of this method has been demonstrated by performing a wide range of linear transformations including for example randomly generated phase and amplitude transformations, the Fourier transform, image permutation and filtering operations. This computing framework can be broadly applied to any part of the electromagnetic spectrum to design all-optical processors using spatially-engineered diffractive surfaces to universally perform an arbitrary complex-valued linear transform. It can also be used to form all-optical information processing networks to execute a desired computational task between an input and output plane, providing a passive, power-free alternative to digital processors.

Authors of this work are Onur Kulce, Deniz Mengu, Yair Rivenson and Aydogan Ozcan of UCLA School of Engineering. The researchers acknowledge the funding of US AFOSR.