A new Zika vaccine shows promise in animal models: Why you should care 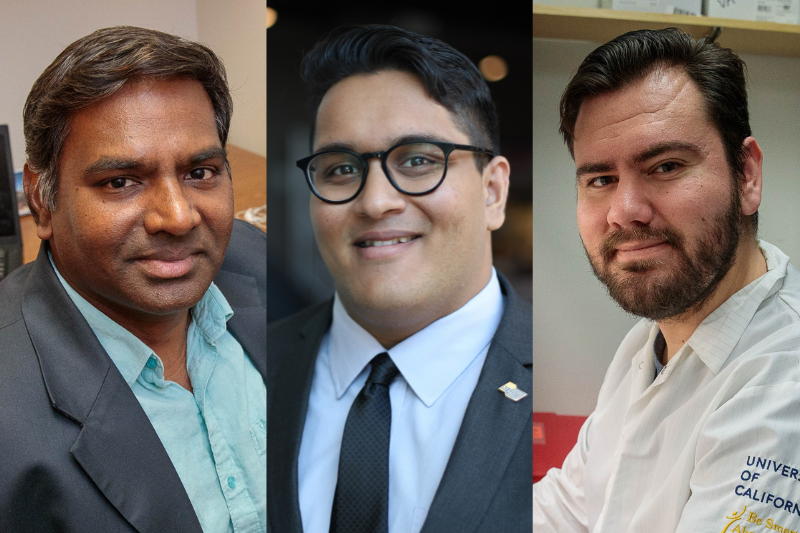 The Zika outbreak in 2015 and 2016 that began in Brazil and spread into the Americas garnered worldwide attention. Images of babies born with microcephaly—a neurological condition characterized by unusually small head size—dominated our screens and served as a devastating warning of what could happen if women were infected with the mosquito-borne virus while pregnant. Fortunately, the Zika epidemic didn’t grow into a global pandemic. But that doesn’t mean it isn’t still a very real problem for those still at risk of catching the virus and those who are living with its effects. At the height of the Zika panic, the United States government led investment in research into the virus, allocating $397 million to vaccine and diagnostic test development in 2016. Progress has been slow, in part because COVID-19 swept in and took over the world—and the vast majority of funding for infectious diseases. As a result, there’s no therapy or vaccine available for the viral disease.

Now, UCLA scientists have developed a new Zika vaccine candidate that’s shown to be highly effective and safe in mouse models. The findings are published in the journal Microbiology Spectrum.

Here, the study’s co-first authors Gustavo Garcia, Jr. and Nikhil Chakravarty and co-senior author, Vaithilingaraja Arumugaswami, an associate professor of molecular and medical pharmacology and a member of the Eli and Edythe Broad Center of Regenerative Medicine and Stem Cell Research at UCLA and the California NanoSystems Institute at UCLA, discuss the potential impact of the vaccine candidate and the challenge of pushing Zika research forward while the world is preoccupied with other viruses that are spreading at higher levels.

Tell us about ZVAX, the new Zika vaccine your team has developed.

This vaccine candidate is made up of RNA-encoding nonstructural proteins, or immunogens, packaged inside a Zika viral shell. These nonstructural proteins typically help the virus replicate once it has infected a host cell, but alone, they’re mostly harmless. In order to create a safe vaccine, we modified the Zika genome by deleting the genes responsible for encoding the structural proteins that mutate, which is how the virus evades immune response. This ensures that the vaccine particles contain the components necessary to provoke an anti-Zika immune response but not those that would replicate and spread from cell to cell. Once injected, the vaccine particles train the immune system to recognize the virus by detecting the part of the genome that’s less prone to mutate and prepares the immune system to fight Zika the next time it’s encountered.

In a pregnant mouse model, ZVAX was shown to provide both the mothers and the developing fetuses protection against Zika disease. In adult nonpregnant mice, ZVAX was safe and effective in preventing Zika infection. Compared to mice that weren’t vaccinated, vaccinated mice showed higher levels of “scouting” effector T cells that trigger a protective immune response.

How could this vaccine candidate impact patients?

We haven’t conducted the human study yet, but from our preclinical data using pregnant and nonpregnant mouse models, we anticipate that the vaccine will offer protection from Zika virus replication and related disease symptoms, and most notably, prevent fetal infection. Transmission is still occurring in Brazil and elsewhere in Latin America, as well as in South and Southeast Asia. Our ultimate hope is that ZVAX will play a role in curtailing the spread of the virus and make a real difference for people in parts of the world where the virus is still an active threat.

With viral vector-based vaccines, you can take any foreign antigen—any substance that induces an immune response—package it in a shell, then develop a vaccine to deliver that package to a cell. While our vaccine candidate is engineered to protect against Zika, the vaccine technology we created could potentially be used to induce immune response against other infectious diseases that could lead to the next pandemic.

Some have labeled Zika the “forgotten virus,” in part because COVID-19 stole the spotlight and turned the world’s attention away. Why is it important to push Zika research forward?

Zika has been out of sight and out of mind for many people, but not for infectious disease experts. While the disease has faded from mainstream headlines, we know that infectious diseases are cyclical. There are repeated cycles of pathogen development in relation to changes in the host and environment, as is the case with SARS-CoV-2. In fact, seven years is the length of time between the two most recent Zika outbreaks, and considering the last one popped up in 2015, it’s imperative we move the disease research forward with urgency to mitigate the spread of the virus should it return.

The stakes are raised should another Zika outbreak occur because a much larger portion of the global population will be susceptible to being infected. Historically, mosquito-borne diseases have been mostly confined to tropical countries, but as the climate warms, the Aedes aegypti mosquito—the primary transmitter of the Zika virus—has expanded north, even moving into parts of the United States like California, Florida and Texas.

What are the next steps in your study?

After conducting a large animal study, our team will submit a pre-Investigational New Drug application to do a phase 1 clinical trial in humans. At that point, it’d be ideal to pair up with an industry partner that has the qualifications and interest to produce our new vaccine technology in a Good Manufacturing Practice facility. In a way, we’re moving into an uncertain phase, but our team sees the value in marching on and refining our study so that our research can serve as the foundation for developing an effective Zika vaccination program.

What roadblocks do you see in Zika research?

It’s important to develop treatments and vaccines to fight pandemic-potential viruses, but getting the funding and support to do the research outside of an active outbreak is a real challenge. That’s kind of the Catch-22 of infectious disease research: When people don’t see the virus in action, they don’t feel it’s a threat.

The stigma surrounding infectious diseases is another hurdle for Zika research. Many times, people are hesitant to report an infection due to fear of how they’re going to be treated. There’s shame associated with getting infected, unlike with patients who have cancer or suffer a heart attack. This general negativity toward infectious diseases is difficult to pinpoint and quantify, but its impact on the field can’t be understated.

UCLA staff research associate Gustavo Garcia, Jr. and UCLA graduate student Nikhil Chakravarty are the study’s co-first authors. The co-senior authors are Kouki Morizono, an associate professor of hematology and oncology at the David Geffen School of Medicine at UCLA, and Vaithilingaraja Arumugaswami, a UCLA associate professor of molecular and medical pharmacology and a member of the Eli and Edythe Broad Center of Regenerative Medicine and Stem Cell Research at UCLA and the California NanoSystems Institute at UCLA. Other co-authors are Angel Elma Abu, Arjit Vijey Jeyachandran, Kari-Ann Takano and Rebecca Brown, all of UCLA.

The study was funded by the National Institutes of Health and the California Institute for Regenerative Medicine.

This vaccine strategy is covered by a patent application filed by the UCLA Technology Development Group on behalf of the Regents of the University of California, with Gustavo Garcia, Jr., Kouki Morizono and Vaithilingaraja Arumugaswami listed as inventors.