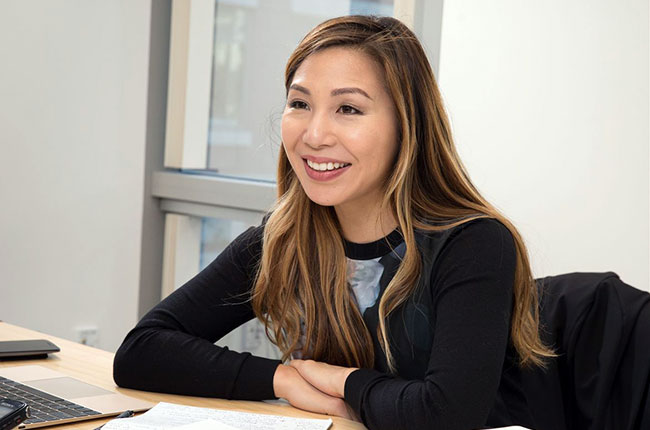 Senior author Elaine Hsiao says researchers hope to build on their current study to learn whether microbial interactions with antidepressants have consequences for health and disease. (photo credit: Reed Hutchinson/UCLA)

This article was originally published by the the UCLA Newsroom

A new study in mice led by UCLA biologists strongly suggests that serotonin and drugs that target serotonin, such as anti-depressants, can have a major effect on the gut’s microbiota — the 100 trillion or so bacteria and other microbes that live in the human body’s intestines.

Serotonin — a neurotransmitter, or chemical messenger that sends messages among cells — serves many functions in the human body, including playing a role in emotions and happiness. An estimated 90% of the body’s serotonin is produced in the gut, where it influences gut immunity.

The team — led by senior author Elaine Hsiao and lead author Thomas Fung, a postdoctoral fellow — identified a specific gut bacterium that can detect and transport serotonin into bacterial cells. When mice were given the antidepressant fluoxetine, or Prozac, the biologists found this reduced the transport of serotonin into their cells. This bacterium, about which little is known, is called Turicibacter sanguinis. The study is published this week in the journal Nature Microbiology.

“Our previous work showed that particular gut bacteria help the gut produce serotonin. In this study, we were interested in finding out why they might do so,” said Hsiao, UCLA assistant professor of integrative biology and physiology, and of microbiology, immunology and molecular genetics in the UCLA College; and of digestive diseases in the David Geffen School of Medicine at UCLA. 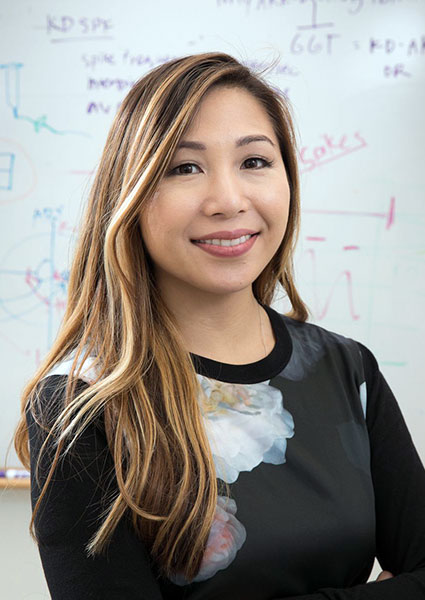 Hsiao and her research group reported in the journal Cell in 2015 that in mice, a specific mixture of bacteria, consisting mainly of Turicibacter sanguinis and Clostridia, produces molecules that signal to gut cells to increase production of serotonin. When Hsiao’s team raised mice without the bacteria, more than 50% of their gut serotonin was missing. The researchers then added the bacteria mixture of mainly Turicibacter and Clostridia, and their serotonin increased to a normal level.

That study got the team wondering why bacteria signal to our gut cells to make serotonin. Do microbes use serotonin, and if so, for what?

If these bacteria increase in the presence of serotonin, perhaps they have some cellular machinery to detect serotonin, the researchers speculated. Together with study co-author Lucy Forrest and her team at the National Institutes of Health’s National Institute of Neurological Disorders and Stroke, the researchers found a protein in multiple species of Turicibacter that has some structural similarity to a protein that transports serotonin in mammals. When they grew Turicibacter sanguinis in the lab, they found that the bacterium imports serotonin into the cell.

In another experiment, the researchers added the antidepressant fluoxetine, which normally blocks the mammalian serotonin transporter, to a tube containing Turicibacter sanguinis. They found the bacterium transported significantly less serotonin.

“Previous studies from our lab and others showed that specific bacteria promote serotonin levels in the gut,” Fung said. “Our new study tells us that certain gut bacteria can respond to serotonin and drugs that influence serotonin, like anti-depressants. This is a unique form of communication between bacteria and our own cells through molecules traditionally recognized as neurotransmitters.”

The team’s research on Turicibacter aligns with a growing number of studies reporting that anti-depressants can alter the gut microbiota. “For the future,” Hsiao said, “we want to learn whether microbial interactions with antidepressants have consequences for health and disease.” Hsiao wrote a blog post for the journal about the new research.

The research was supported by funding from the National Institutes of Health’s Director’s Early Independence Award, Klingenstein-Simons Fellowship Award, and David & Lucile Packard Foundation’s Packard Fellowship for Science and Engineering.